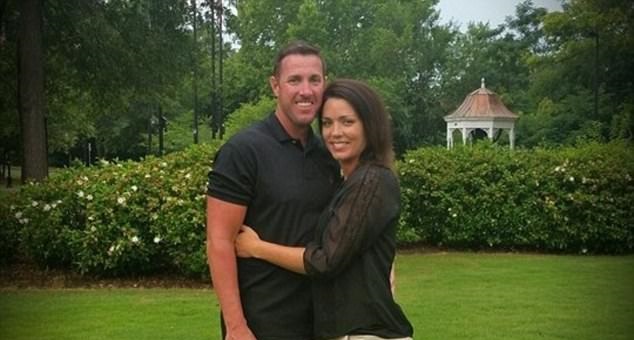 United States, June 27, 2017 – Fort Lauderdale – Kevin Newman, the man shot on Grace Bay in Providenciales this past Friday is out of the medically induced coma and his family is calling his recovery owing to the prayers and support they have received, to Kevin’s will to keep on fighting and a very good God.

In speaking to Newman’s mother, who is likely travelling right now, en route to her son who celebrates his 39th birthday tomorrow, WRBL News3 in Columbus, Georgia revealed that Newman is doing much better at hospital in Ft Lauderdale.

Newman’s mother Karen said, “he remembers, he is in good memory, he is still in pain of course, he’s got a long way to go…. (the bullet) went through the vein, right next to his heart, caused him to bleed internally and they had to give him a lot of blood, they had to take one of his kidneys.”

In that interview via telephone with the TV station, Mr. Newman’s mother said there were three men who attacked her son.  “He’s a fighter, and I think he did try to fight those three people who tried to come up to him.   He’s a family man, he is a great man, he does everything with his son… he is just all around a great person, but you know sometimes things happen even to good people.”

The TCI Ministry of Tourism said, “We are shocked and saddened regarding the incident that occurred on one of our islands, in the early morning of June 23, involving a visitor to the destination.   He and his family continue to be in our thoughts and prayers while doctors continue to monitor his recovery.   A criminal act, whether against a resident or visitor, is never something taken lightly and there is a heightened and concentrated effort to identify the individual(s) responsible.   The Turks and Caicos Islands are a popular and peaceful destination known for its pristine beaches and relaxed atmosphere and this type of occurrence sends a ripple through the entire community.   The safety of all those on these islands is always our top priority and remains as such.   The Ministry of Tourism is in complete cooperation with our acting police commissioner who has increased visible security.  We ask that everyone cooperate with authorities as needed.”

Kevin Newman, was in his final day in the TCI and called this a ‘bucket list’ vacation, his mother asked for continued prayers.