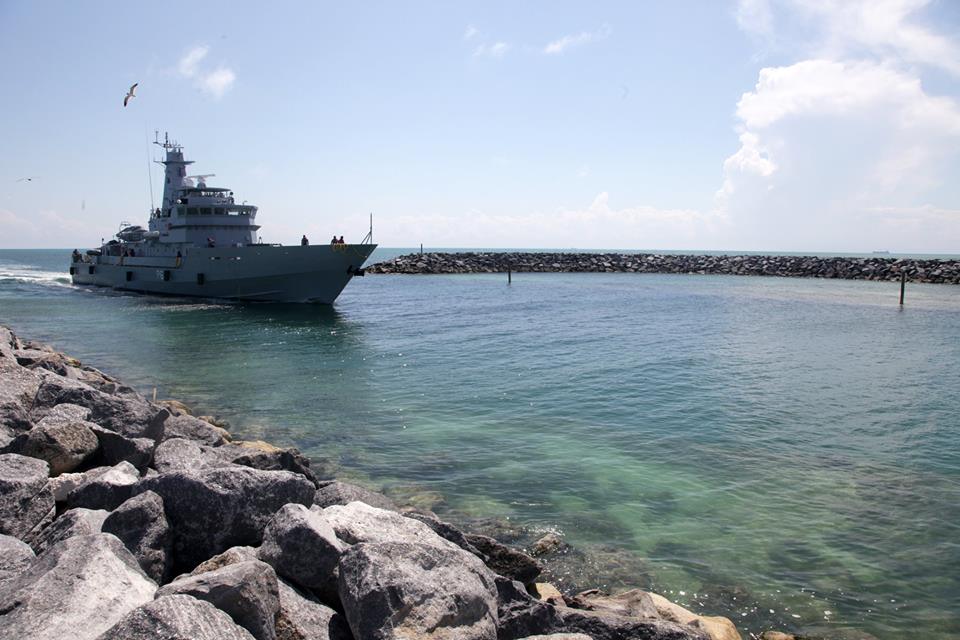 Bahamas, May 3rd 2017: The HMBS, Bahamas-P60 is back home following a major refit. The vessel is said to have undergone extensive maintenance and repairs in Holland, with assistance coming from the Dutch Damen group over the past eight months.

Her Majesty’s Bahamian Ship NASSAU docked at the Defence Force Base for the first time under the command of Commander Gregory Brown. The 60-meter (200 foot) Bahama Class vessel arrived in the capital after sailing for 18 days from the Dutch province of South Holland.

The trip is said to have tested the HMBS Nassau’s ship’s company ability to weather rough seas during its 18 day transatlantic voyage from the Dutch Province of South Holland to Bahamas. How 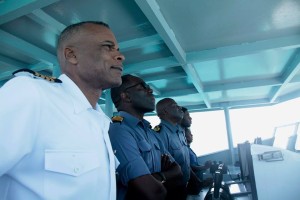 Crew on board HMBS

ever, a port call at Funchal, Madeira–a Portuguese Island off the east coast of Portugal was made for replenishment of supplies. The vessel was able to dock at the Coral Harbour Base following a multi-million dollar Sandy Bottom Project. An agreement signed in 2014 between government of The Bahamas and VAN Oord is said to have facilitated the dredging of the harbor, as well as creation of jetties, docks and breakwaters. The funds were responsible for the acquisition of nine patrol craft and the refitting of two Bahama class vessels.