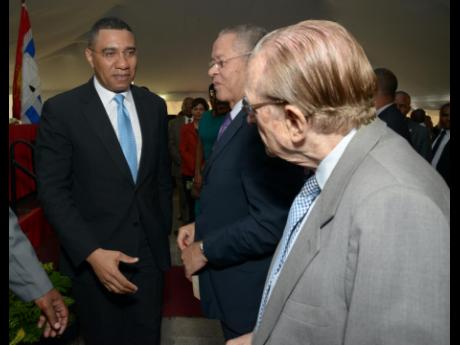 Jamaican Prime Minister Andrew Holness yesterday became the 18th head of government to be inducted to the University of the West Indies’ (UWI) Honour Park at the university’s Mona campus in St. Andrew, Jamaica.

Holness holds a Bachelor of Science in Management Studies and a Master of Science in Development Studies both from the university.  He is Jamaica’s youngest Prime Minister and the only one to have been born after Jamaican independence. Holness first served as Prime Minister in 2011 following the resignation of former prime minister Bruce Golding. Although he lost at the polls in late 2011, Holness and the Jamaica Labour Party were victorious in the 2016 general election.

Established in 2005, the park recognizes UWI alumni who are CARICOM heads or prime ministers.