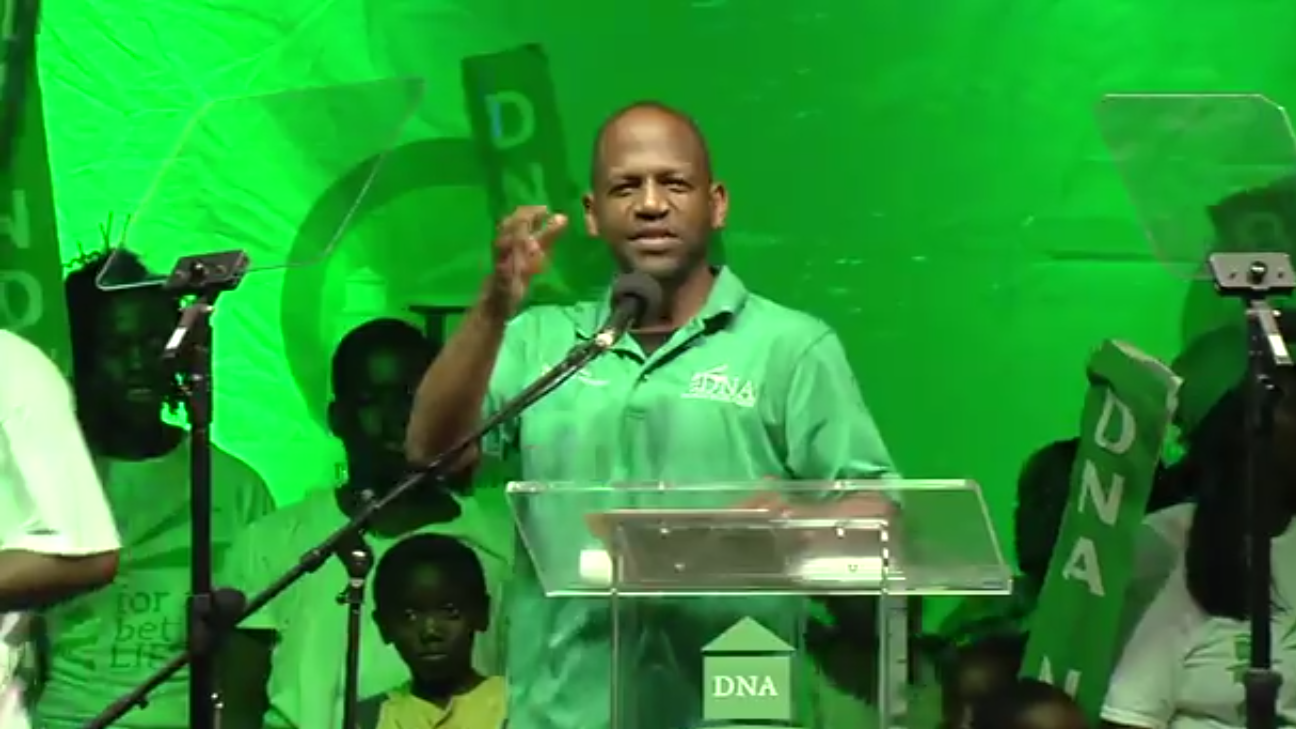 Bahamas, May 3rd 2017: Deputy Leader of the DNA Chris Mortimer rebutted Former Prime Minister, Hubert Ingraham’s throw away your vote comments when he took the stage in Golden Gates Shopping Plaza. On Monday, the Former PM likened a vote for the DNA to a wasted vote gone in the garbage. However, it was the DNA Deputy who reminded the people of the outcome of the 2012 Elections, when Ingraham ‘abandoned North Abaco and walked away’. His comments come on the eve of Wednesday’s special voting, where members of the police service and essential services go to cast their ballots.

Mortimer laid blame on the Former PM for the reason the PLP was in office today. He told the green team to ‘be prepared to stand if you wanted them old fellas’ gone’, as they had their chances to serve. In laying the case why they should be the next government, Mortimer says they were the only party with solutions. The deputy leader later donned the role of a prophet on the stage reciting the words of the late Pastor Myles Munroe, who said ‘the time would come when the old leaders in Bahamas would be removed’. Mortimer called for ‘the scales of the FNM and the PLP to be removed from the eyes of the people and be replaced with hope in the DNA’, as Bahamas was poised to return to prosperity if Bahamians worked together.