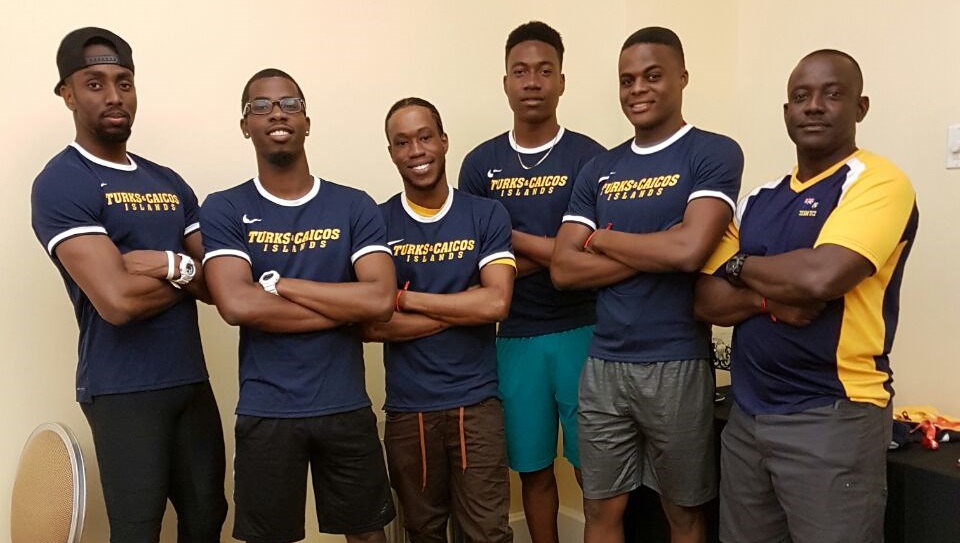 Turks and Caicos, April 24, 2017 – Providenciales – A new national record was set when TeamTCI hit the track in Nassau, Bahamas at the BTC IAAF World Relays over the weekend.  With an eighth place finish in their final, it was consolation for the team and leaders that the group clocked the fastest time giving their best performance ever in the high profile event.  The 4x200m event is unique to the BTC IAAF World Relays and competing for TCI were Ifeanyi Otuonye, Courtney Missick, Angelo Garland, Devonte Gardiner and Frantzley Benjamin .

President of the TCAAA and team leader, Edith Skippings last night said, Turks and Caicos placed 12th of the 15 teams competing at the Games and set a new national record of 1:26:22 in the event.   Nassau was also the host city for the Carifta Swim Games, we spoke to Alex McClaren who competed for the Turks and Caicos in several events to walk away with personal best times in the Easter Break competition.  “This year we weren’t expecting to be placed or get into a final but  we’re all really happy with our personal best and better times and  we’re hoping to go for  back next year to see if we can do even better.” 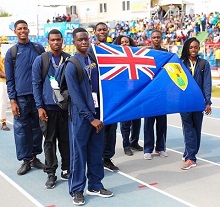 Sanadia Forbes also gave us comment after her competition as a part of TeamTCI at the Flow Carifta Games athletics meet in Curacao.  Forbes was a part of the relay team which placed third and earned a first Carifta medal for TCI women.  Forbes said there were only three teams on the track but their record breaking time felt good. “honored, because we are the first females to ever medal for he Turks and Caicos Islands, so to stand up there and to see everybody in the stands see us get a medal, it was very, very…it’s a moment can’t forget, i’ll never forget that moment.”

Delano Williams also performed over the weekend on Team Great Britain in the 4x400m, running a brilliant second leg to qualify the team which in the final, completed sixth.  Williams and Team GB qualify automatically for the IAAF world Championships in London in August.

Overall, Team USA was awarded the Golden Baton for a third straight overall win at the relatively new sports meet, 21 points ahead of second place Jamaica at the IAAF World Relays.