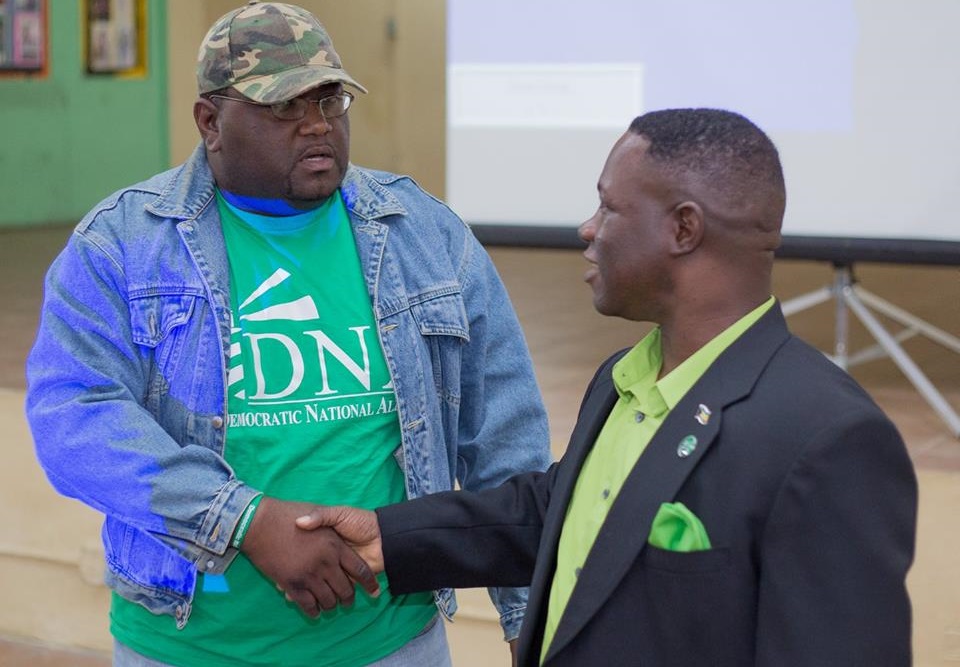 Bahamas, April 5, 2017, Nassau – Continue to tell the Truth! That’s the mantra of the Democratic National Alliance, DNA, as it heads into the 2017 Polls.  Youri Kemp, DNA Candidate for Garden Hills, says he believes his party already has the upper hand in this year’s election campaign as its platform is based on making a difference by simply standing up and telling the truth.

When asked whether the party was caught off-guard with the announcement of the dissolution of parliament to make way for the polls, he admits it’s a short time for campaigning, but his party remains confident.  Kemp notes that the long-standing culture in which the election date is held by one man and his party is something the DNA endeavours to change once in office.  He adds that social media has provided a platform for his party where they are able to keep in contact with the people.

The DNA candidate says the current administration continues to receive “the worst end of social media backlash, similar to what the former administration got a taste of prior to 2012”.  Kemp says the DNA’s platform remains focused on Crime and Punishment, strengthening democratic institutions while making the economy more resilient through job creation and opportunities, and hitting corruption where it hurts most.

Also on the cards for the party’s manifesto is the assurance to cut VAT and capital punishment for murderers.