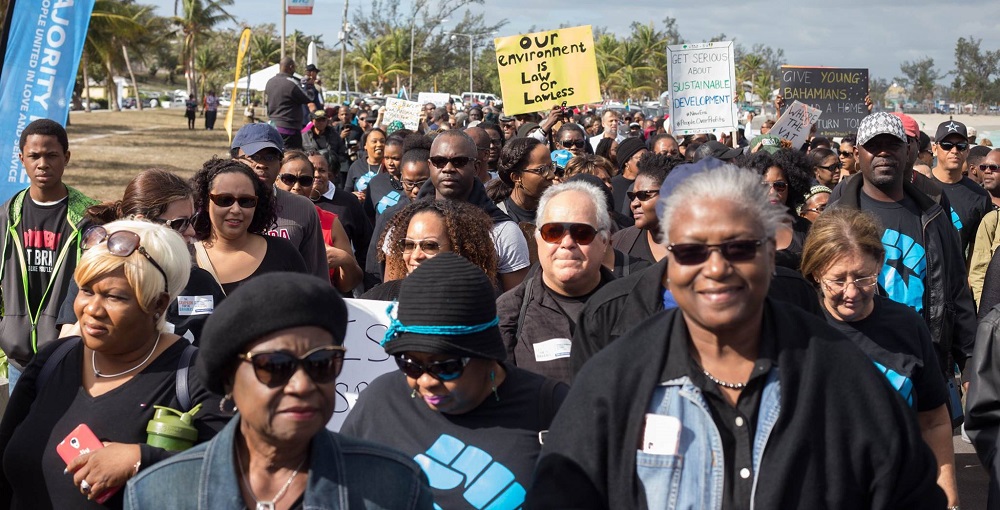 Bahamas, March 24, 2017 – Nassau – We march says it is going from the vicinity of ScotiaBank in Cable Beach to the vicinity of the Office of the Prime Minister and back on its April 2, 2017 march.   Renard Henfield, lead organizer said there was never any intention by the organization to take the protest to the home of the country’s leader and blamed the media for the firestorm of comments on that possible We March route.

Some media aimed to show, however, that it was a lack of clarity by Henfield himself which led to questions to the Prime Minister about We March coming to his home; the PM warned against it for concern of rowdy confrontations.   Henfield said to media that he agrees and assured Mr. Christie that their organization is in no way interested in creating antagonistic situations between supporters and families.

Among the issues in focus for We March Bahamas is immediate compensation to families affected by the dump fire.