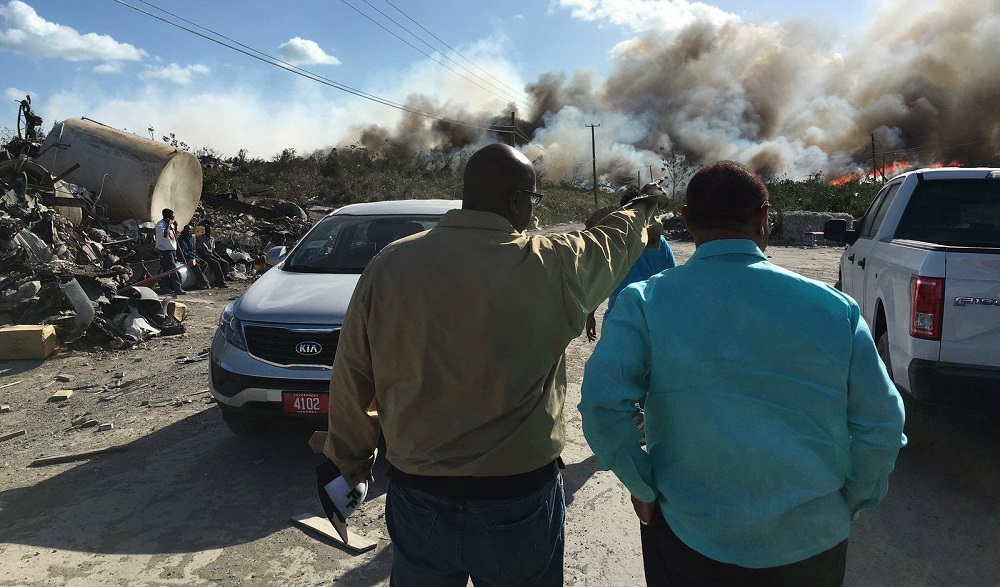 Bahamas, April 4, 2017 – Nassau – Officials say the country may never be able to hold anyone responsible for the cost and extreme inconvenience of the still burning New Providence Landfill fire despite investigations revealing that the fire, set on March 5th was caused by arson.

Minister of Environment and Housing, Kenred Dorsett said, “[Regarding] the fire at the dump, we have found the material right in the back of epic Battery where it is clear that men were trying to light wires to get to copper.   That’s how the fire started in the bush, which then spread to the forest and jumped to the dump.”

This news comes almost a month after residents of Jubilee Gardens, Victoria Gardens and surrounding areas were asked to evacuate their homes due to the fumes of smoke that covered parts of New Providence, and even landed some residents in the emergency room.  Dorsett is unsure if anyone will ever be charged for the matter because “it would be difficult to prove their identities”, but assures that it will be investigated.

As the fire fight continues, heavy smoke still rests around the homes of some residents in Jubilee Gardens and other surrounding areas.