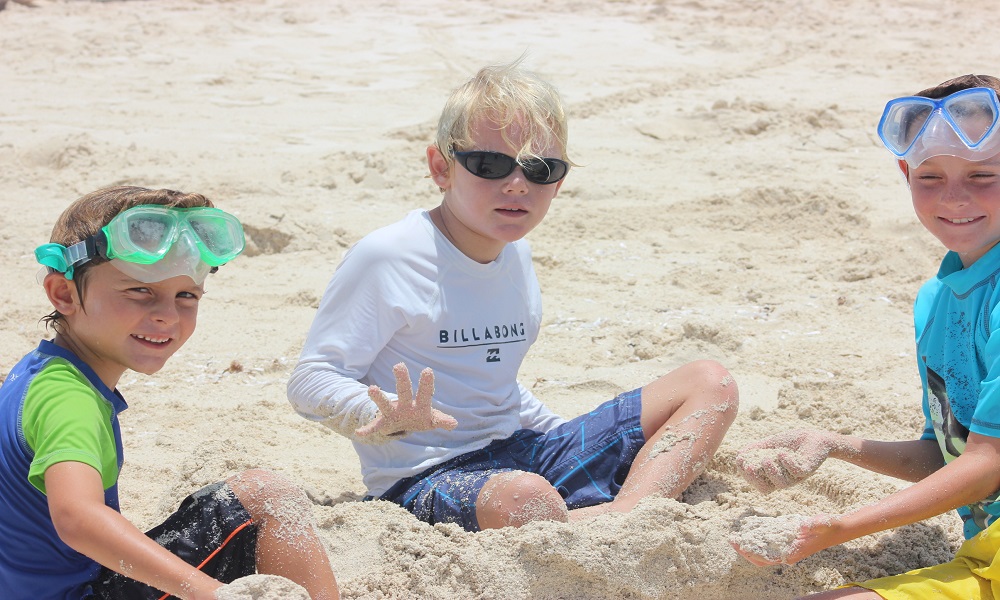 Turks and Caicos, March 13, 2017 – Providenciales – The Turks and Caicos Islands is the fastest-growing destination in the Caribbean according to the latest statistical report from the Caribbean Tourism Organization (CTO). The destination welcomed and hosted some 1,300,575 tourists to its shores in 2016. While the majority of arrivals were cruise-based, 2016 marked an impressive, fifth consecutive year of growth in stopover arrivals. Further assessment of the 1.3 million arrivals in 2016 shows 453,612 visitors were stopovers and 846,963 arrivals came via cruise.

2016 marked a record setting year for the destination; for the first time the Turks and Caicos Islands received more than 400,000 stopover arrivals through our international airports and fixed based operations. Despite political uncertainties, security concerns and economic challenges in our major source markets, stopovers to the destination grew by a robust 17.5 percent in 2016 totaling 453,612 arrivals when compared to 385,531 arrivals in 2015.

According to the recently released State of The Industry Report 2016 from the CTO, tourist arrivals among the destinations showed uneven growth. Of the 28 Caribbean destinations reporting data for varying periods between January and December, the Turks and Caicos Islands’ 17.5 percent increase in stopover arrivals lead the region. Besides our destination, 4 countries, Belize, Cuba, Guyana and Bermuda reported double digit growth rates. Six destinations experienced declines in stopover arrivals.

Regionally there were over 14.6 million visitors from the U.S. according to CTO’s report, 3.5 percent more than the previous year.  CTO attributed the region’s performance to solid economic growth, a low unemployment rate, and high consumer confidence in the U.S.  Of the 28 destinations in the region reporting data, the Turks and Caicos Islands was among one of seven destinations recording double digit increases within the period, outdone only by Belize in the U.S. market. The other destinations included Bermuda, Antigua and Barbuda, Barbados, Grenada and Montserrat. Six destinations recorded declines in stopover arrivals from the United States.

While Canadian arrivals to the Caribbean fell by 3.4 percent in 2016, the Turks and Caicos Islands recorded a tremendous 23.2 percent growth in the Canadian market with 44,974 arrivals.  More than 70 percent of the reporting destinations saw decreases in this market. According to CTO, a weak currency and sluggish first half economic output are among the contributing factors to the decline in Canadian trips to the Caribbean.

Stopover arrivals to the destination from Brazil declined by 7.5 percent year-over-year, totaling 1,264 arrivals. The trend was the same regionally, as the Caribbean received 11 percent fewer arrivals from Latin America in 2016 compared to 2015.

Intra-regional travel has become a recent trend to the Turks and Caicos Islands due to destination’s rising popularity as an accessible hub for the best interconnectivity between the Caribbean islands. Travelers can access regional flight services from Providenciales, to multiple destinations in Antigua, The Bahamas, British Virgin Islands, Cuba, Dominican Republic, Haiti, Jamaica and Puerto Rico. In 2016 the destination welcomed 20,486 stopover arrivals from the Caribbean, a 21.3 percent growth rate year-over-year.

According to CTO, 2016 was another record-breaking year for Caribbean intra-regional travel, as arrivals rose by 3.6 percent for a consecutive year of growth, registering just over 1.7 million trips. Guyana, St. Vincent and the Grenadines, and the Turks and Caicos Islands were the top performing destinations reporting robust double-digit growth.  6,478 stopover arrivals visited the destination from the rest of the world, including countries in Asia, Africa and the Pacific.

While the destination continued to boost its stopover arrivals in 2016, for a consecutive year cruise arrivals took a downturn.  The Grand Turk Cruise Center greeted a total of 846,963 cruise passengers, an 8.9 percent decline in cruise passengers year-over-year. Similarly, for a consecutive year the Cruise Center also welcomed fewer ships, hosting 284 compared to 317 ship calls in 2014; this marked a 10.4 percent decline in ship calls year-over-year.

The month of March showed the most significant growth rate in cruise passengers and ship calls to the Grand Turk Cruise Center, recording an increase of 25.6 percent and 13.3 percent respectively.  The month of December saw a total of 97,799 cruise passenger arrivals, the most arrivals in any given month of the year, a 4.8 percent increase when compared to 2014 despite a 2.8 percent decline in ship calls for the month. Minor increases in cruise passenger arrivals were also recorded in the months of April, May, August and September despite having consistent or fewer ship calls when compared to the same periods in 2015.

October saw the largest decline in cruise passenger arrivals and ship calls to the destination helped by an active 2016 hurricane season. While the Turks and Caicos Islands was spared the wrath of Hurricane Matthew, regional neighbors sharing the same itineraries as Grand Turk such as the Dominican Republic, Haiti and The Bahamas were significantly damaged. Cruise passenger arrivals to Grand Turk decreased by 38.9 percent while ship calls were down by 44 percent in the month of October.

According to CTO’s report, 2016 was a record-breaking year for Caribbean cruising as cruise passenger arrivals to the region grew by 1.3 percent to reach 26.3 million. Overall 48 percent of the reporting Caribbean destinations registered growth with the best performances in the Dominican Republic, the British Virgin Islands and Grenada. Belize became the eighth Caribbean destination to ever reach the benchmark of 1 million cruise passenger arrivals.

There is no secret that grave challenges continue to threaten the cruise industry in Grand Turk. The ports underperformance for the consecutive year is an indication that an agreeable solution to a list of unresolved matters between Carnival Cruise Lines, operators of the Grand Turk Cruise Center, and the Turks and Caicos Government must be reached in a timely manner in order for Grand Turk to rebound.

2016 was undoubtedly another successful year for the main revenue earner and top industry in the Turks and Caicos Islands despite the raise in the level of global uncertainty.  While global uncertainty such as the implications of Brexit or any unforeseen events could still impact the performance of tourism in 2017 and beyond, the outlook for the destination remains strong.  The Turks and Caicos Islands recently saw the debut of several new hotels in winter 2017, led by the ultra-luxurious resort The Shore Club and the boutique offerings of Beach Enclave North Shore both on Providenciales, as well as, the barefoot luxury of Sailrock resort on the undeveloped island of South Caicos. These new resort openings coupled with the recent announcements of Blue Cay Estate, a new luxury waterfront villa collection to be operated by the award-winning Grace Bay Resorts slated for first phase completion in mid-2017 and the debut of Beach Enclave Long Bay expected in late 2017, are welcome increases to the room inventory of the destination.

The Turks and Caicos Islands recently received a boost in its accessibility for potential visitors in mid-December 2016 as United Airlines introduced a nonstop flight on Saturdays from Washington D.C. to Providenciales, opening a new gateway to the destination.

The Turks and Caicos Tourist Board and its partners will continue to increase the destination’s presence within the market place by embarking on a series of travel and trade shows. Traditional and non-traditional media strategies, sponsorships, and promotional events in the United States, Canada, Europe and Latin America will also continue. The Board has renewed its commitment to working with wholesalers, hotel partners, airlines and cruise to sell the destination. In addition, the Turks and Caicos Islands is working to expand its hotel and tourism product beyond the traditional hub of Providenciales and Grace Bay Beach to the other beautiful islands, as demand for additional accommodation, attractions, and niche offerings has increased.