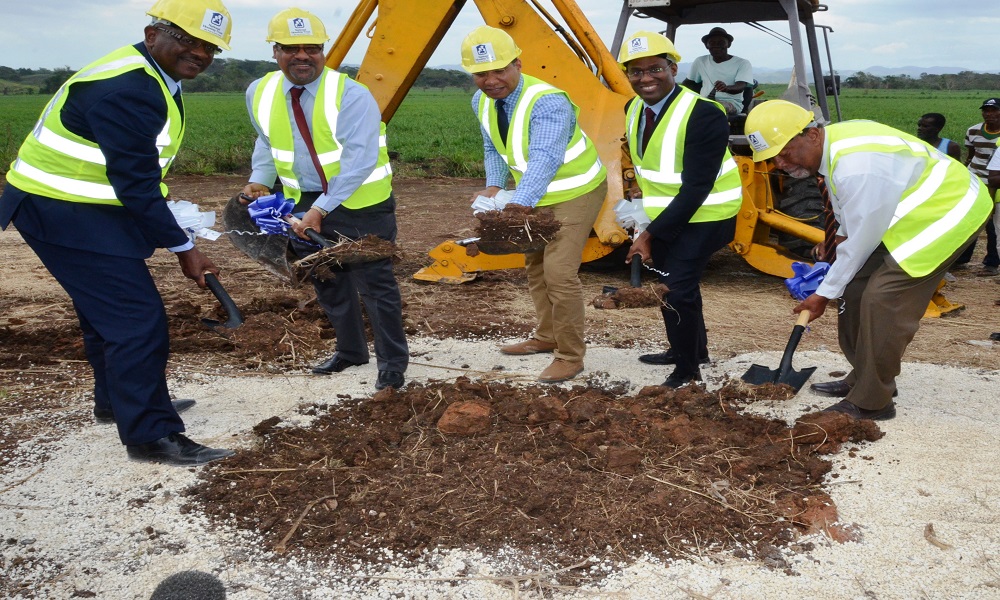 Jamaica, March 13, 2017 – Montego Bay – The National Housing Trust (NHT) will undertake phase two development of serviced lots at Masemure in Little London, Westmoreland at a cost of $182.3 million.   The project, for which Prime Minister, the Most Hon. Andrew Holness, broke ground on Friday, March 10, will comprise 106 lots.    It forms part of a 2014 agreement involving the Ministry of Industry, Commerce, Agriculture and Fisheries which saw lands owned by the Trust that were deemed suitable for agriculture being exchanged for lots ideally suited for housing.

The agreement also stipulated that 40 of the 106 lots were to be sold to the Sugar Company Holdings of Jamaica Limited, (SCHJL) to facilitate the relocation of sugar workers.  The lots at Masemure are among 14,000 housing solutions being targeted for development over the next two years by the Government, through the NHT.

Addressing Friday’s ground breaking ceremony, Mr. Holness said since assuming office, the administration has sought to increase the pace of housing solutions delivery in an effort to meet the high demand.   “What I have said to the NHT (is) build wherever you can…so that (persons) can get houses,” he stated.

Mr. Holness indicated that work has commenced to develop 1,670 housing lots, with another 1,003 slated to get underway by the end of the current fiscal year.  “In total for this financial year (2016/17), this Government would have started 3,075 housing solutions for Jamaicans,” he stated.

The Prime Minister indicated that the number of housing solutions on which development will commence should increase to 8,000 during the 2017/18 fiscal year, adding that by 2018/19, “we hope to have at least 14,000 starts.”  Mr. Holness said the Masemure development, which was initiated under the previous administration, was partly geared towards addressing the “historical inequities” which Jamaicans who worked on sugar plantations in Westmoreland have faced for centuries.

He indicated that the parish’s housing stock would be significantly boosted over the next four years, with several new developments coming on stream to alleviate what he described as a “significant deficit.”  “We intend to deliver six housing developments, totaling 1,493 housing solutions in Westmoreland. You will have Barham – 44 solutions; Darliston – 32 solutions; Masemure – 106; Negril – 1,200; Shrewsbury – 61; and Yeast Plant – 50 solutions,” the Prime Minister outlined.