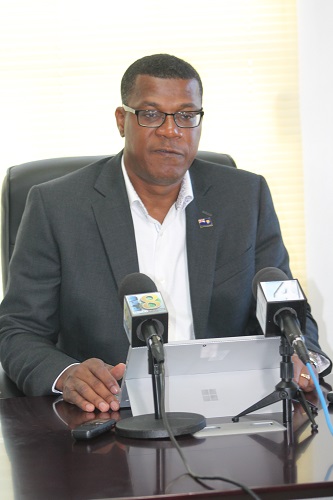 Providenciales, TCI, December 16, 2016 – In a brief press conference, Rufus Ewing earlier today resigned as leader of the Progressive National Party.   “I have made the decision to honorably tender my resignation as party leader with immediate effect.”

A somber looking, outgoing Premier cited that among the reasons he is leaving is because the electorate has clearly demonstrated its decision for change and that he now no longer has a seat to be in the House of Representatives.

Dr.  Ewing expressed support for the rebuilding of the PNP party leadership and said he is quitting politics believing he was there for just ‘a season and a reason’.   “I never intended to be a career politician.”

Rufus Ewing said he has congratulated the PDM Leader on their victory and added that he is proud of his accomplishments and accounts the devastating loss of the PNP at the polls can be attributed to poor communication of their strides; he said the PNP Administration has handed over a good foundation.   “No I did not expect to be there, I knew that it was a tight race, and I thought that we had a good chance of winning.”

Rufus Ewing appeared alone at the table in that press conference held at PNP House.