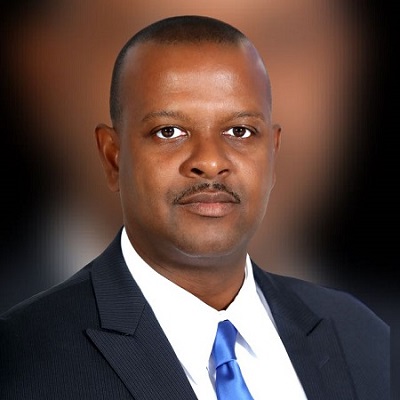 Providenciales, TCI, December 14, 2016 – Hours before the 2016 General Election polls open, the PDM Party and Butch Stewart, Chairman of Sandals Resort International label a report charging that the two have struck some underhanded deal as ‘bogus.’

Among other things, the piece which has been circulating on social media says millions are owed in gratuities for hotel workers, that the lionshare is owed by Beaches Resort, that the SRI 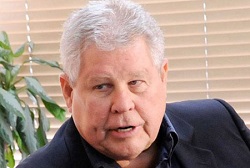 Chairman and PDM Leaders have agreed on floating work permits and that a group of other Provo hotel owners are caught up in the alleged arrangement.

The report suspiciously glorifies the PNP Administration which actually did not support Clarence Selver’s bill to pay gratuities; it exonerates Michael Misick and Oswald  Skippings as resisting SRI Boss, Butch Stewert and says the PDM received a plane load of money from Stewart.  Magnetic Media contacted Beaches today, the Resort denied the allegations and promised a formal refute.

The PDM tonight issued a statement…

The PNP in its last desperate attempt to salvage a dying lackluster campaign, has launched its party’s propaganda machine on the eve of elections.  We expected nothing less from this Progressive National Party that will go down in history as the most uncaring, out of touch, and ineffective Government our islands has ever experienced.

In April 2016, the Peoples Democratic Movement successfully brought a Private Members Motion to the House of Assembly asking for the reinstatement of 100% gratuity which was amended by the PNP Government in 2004 that allowed 40% of the gratuity paid by guest to be retained by the Hotel Resort. Members of this Rufus Ewing led PNP Government gave reason after reason why gratuity could not be reinstated. All Government Ministers abstained from voting for this motion and this included Hon. Rufus Ewing, Akierra Misick, Washington Missick, Portia Stubbs Smith, Norman Saunders, Ruth Blackman, and Hon. Donhue Gardiner.  This is a matter of public record. All 8 members of the opposition voted yes and the motion was carried.  The PNP Government refused to implement the motion.

According to PNP estimates, Beaches and other hospitality groups will have to pay over 43.7 million in undistributed gratuities to every employee over the last five years.  If this is true, Voters must ask themselves, why has the PNP Government allowed this amount to increase to such high levels these last four years? Voters must also ask themselves why did every PNP Government Minister abstaine from voting for the PDM’s Private Members Motion which purpose was to reinstate 100% gratuity?

As persons in the hospitality industry live paycheck to paycheck, struggling to make ends meet, this Rufus Ewing led PNP Government ignored the issue of 100% gratuity while simultaneously increasing taxes to generate revenue on the backs of our people. This PNP Government has failed the hospitality workers and voters on a whole these past four years.

We would like to remind voters that it is always the PNP Government that is known for selling out our people, and our Country to developers. This is the legacy of the PNP.

The PDM categorically denies receiving $350,000 from any developer. The PDM also categorically denies making any agreements to issue any floating work permits.  If any political party or independent candidate has any evidence of any of the 52 candidates receiving funds outside the guidelines stipulated by the Integrity Commission, they should report these activities to the Integrity Commission immediately.

We are focused on becoming your next Government and bringing about the positive change our Country so desperately needs.  We will not allow the slanderous attacks by our political opponents to distract us from this goal.

We encourage all our supporters to go to the polls early and vote PDM Straight Down. Vote for Change.