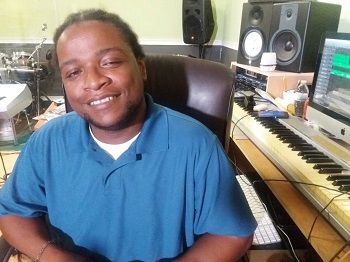 Providenciales, TCI, September 12, 2016 – Lots of people really enjoyed hearing a new version of the National Song this morning in our newscast… the modernised version of ‘This Land of Ours’ featuring Havanna Henry, Mike Dean and the Turks and Caicos National Choir is an adaptation by Olive Branch Studios.

Barbara Johnson, Songbird of the TCI is getting set to debut her second album next weekend and she talked to Magnetic Media about her late cousin who is the song’s author; Rev Dr Conrad Howell.

“We’re still, we’ll be mourning for a long time, this great man who contributed so much to these beautiful islands, loved his family and great talent.  As a matter of fact, Chronicles stem from the rehearsal that I had with Mr.Tito Missick in preparation for his memorial service, and I just want to say that his legacy will truly live on.” – Barbara Johnson
Johnson also talked about the man who created the sound for the National song, Tito Missick.   Missick shared the adaptation, which he says is better for celebratory services and punctuated by dramatic, melodious crescendos.
Reverend Conrad Howell was found dead one year ago yesterday; he was 53 years old.