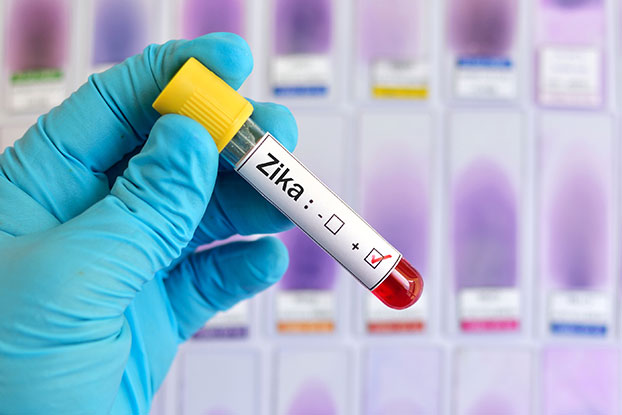 Providenciales, TCI, August 15, 2016 – A pregnant woman is among the three new cases of the Zika Virus revealed by the Ministry of Health on Friday evening; three new cases to add to the five currently on record.

Worse news is that we now know that Zika is being spread locally by mosquitoes or sexual contact as the two females and one male have not been outside of the country.  And it gets more serious, one of those women is pregnant.  Health Minister & Premier Rufus Ewing again bypassed having a press conference and opted for a recorded message.

Hundreds of thousands of dollars in cancellations are reported to Magnetic Media by Providenciales resorts, as guests are opting out of a TCI vacation; this is troubling news for the leading industry.   It was the MOHHS surveillance program that got confirmation on the Zika Virus; since last week there had been travel advisories from the CDC for U.S. airline and cruise passengers coming to these islands, which depend largely on tourism as the key source of revenue.

Zika prevention and mosquito prevention plans are stepped up says Premier Rufus Ewing; health and tourism professionals were met with last week on an action plan. Magnetic Media told you about that $550,000 spending allotted to solid waste management in our previous report; and the Premier in that Friday night statement explained that a robust campaign is due to be launched and will touch every island of the country.

The over half a million dollars is devoted to that campaign.  The Health Minister called for people to stop littering and not to panic; still missing was information on areas in country where Zika has been detected.

Magnetic Media has learned that Zika is present in both Provo and Grand Turk.

Related Items:3 new cases of Zika in TCI, pregnant woman confirmed to be infected with Zika in TCI, resorts report hundreds of thousands in cancellations due to Zika threat, Zika cases in both Provo and Grand Turk