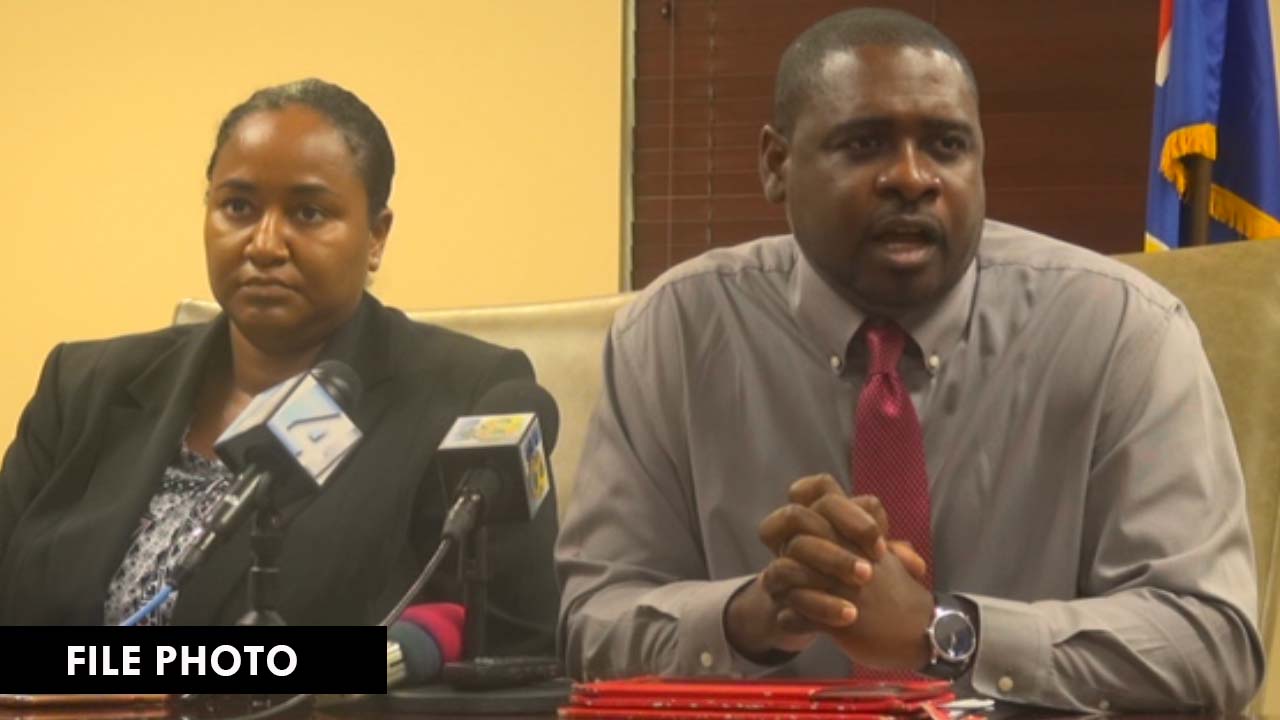 Providenciales, TCI, August 16, 2016 – The Turks and  Caicos Ministry of Health defends its public handling of the Zika Virus; despite media conveying that residents are critical of their Public Relations.
In a media conference today to share the national action plan, missing was the Minister of Health, Dr Rufus Ewing and present were Dr. Nadia Astwood and Mr Kenrick Neely who repeated commonly communicated information and gave little insight into the cases detected and confirmed; and scant information on what is new.
Though the campaign against mosquito breeding at various times can be labeled vigorous, it has failed to resonate in a way to drive down the dangers as mosquito breeding sites continue to exist and actually flourish in too many communities.  The inability to get some residents to fall in line has actually led to the mushrooming of two mosquito borne diseases in the TCI; Dengue Fever since 2011 and Chikungunya Virus in 2014.
Many believe the same is happening with Zika which has spawned resort cancellations to the tune of hundreds of thousands of dollars.
Origin of the Zika cases we asked?  No, we cannot know but three countries were confirmed as the source places.
Why so slow for us to know we asked?  Confirmation on the five cases as Zika was needed, media was told.  Yet all five cases are separate instances and we only knew at five.  Now there are reportedly eight; this approach to not sharing from the very first case has many believing that the TCI is beyond the eight revealed cases which includes a pregnant woman.
What about the $550,000 in Solid Waste Management money we asked?  We were told it is for the Premier to say.  The Premier, who is also the Minister of Health was not there at the press conference to say.  And when Magnetic Media asked why?  Well there was no true reply, except that one day, some day, the Health Minister will share the solid waste management plan.
New to your fight?  Door to door inspections and visits supported by the TCI Red Cross, we were told.
Also new… ticketing for breaches in the environmental health codes for residential, industrial and commercial properties. The law, however, to get that enforcement started is likely three months from implementation.
At times it was a rowdy exchange between media and the two health directors in the hunt for clarity, transparency and accountability… including a cocksure posture by Health Officials about public perception on what is or is not being done.
We informed that most believe nothing is happening to stop Zika Virus spreading in these islands.
Biggest problem?  The public which refuses, in some cases, to acquiesce to the law and best practices to decrease breeding of that aedes Eqypti mosquito.
Another, but not mentioned today by the Medical & Environmental Health Directors is the incessant rain.  A leaf is a great birthplace for a mosquito and so is a plant pot.
The TCI is not alone and other countries do have Zika; but the TCI is unique and is one of the countries which has opted to omit the facts.  Often conveyed to Magnetic Media by Joe Public is concern over the secrecy and guardedness of info when this global health crisis which has now hit home within the past four weeks is a fight for the health and for the wealth of the nation by all.
In the meantime, please do your part to become and advocate and participant in keeping the TCI free of more mosquito breeding sites.