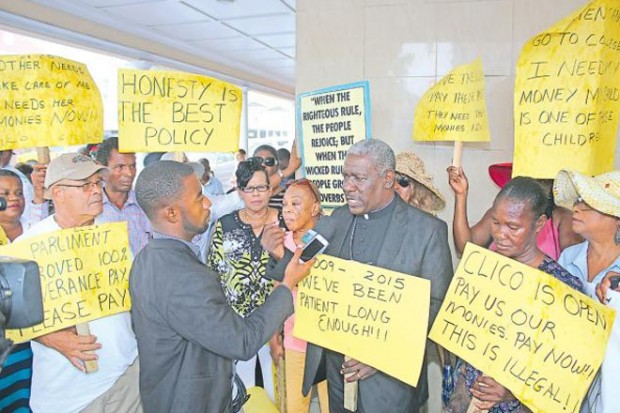 As it was in 2009, it remains today; Clico liquidators are not talking to the Turks and Caicos as many believe they should following the collapse of the company with millions of dollars in customers’ money.

There are no signs up to identify the company, but Clico is still doing business in the TCI out of a rented space at Tropicana Show and Supper Club; still hired at the Clico office here is Cathy Handfield who directed our questions about whether there was any retribution coming for the 260 TCI clients, to the liquidators’ office in Nassau.

Magnetic Media has called Baker Tilly Gomez; there has been no reply. This is particularly interesting or frustrating as in The Bahamas, it was determined years ago by the Hubert Ingraham administration, that Government there would pay clients of the company.

Well the Perry Christie Administration has upheld that promise and this past March paid out over $16 million to 13,000 Bahamians who had trusted Clico, owned by CL Financial out of Trinidad and Tobago, with their money.

In the Turks and Caicos, no such thing for the policy holders who were told that if they maintained their payments, then maybe… just maybe, they would retain the cash invested. Seven years later, the issue of Clico has all but disappeared from memory.

A December article in the Bahamas Tribune featured comments from Craig Gomez, Accountant with Baker Tilly Gomez, who explained that they are still looking for a buyer of the portfolio.