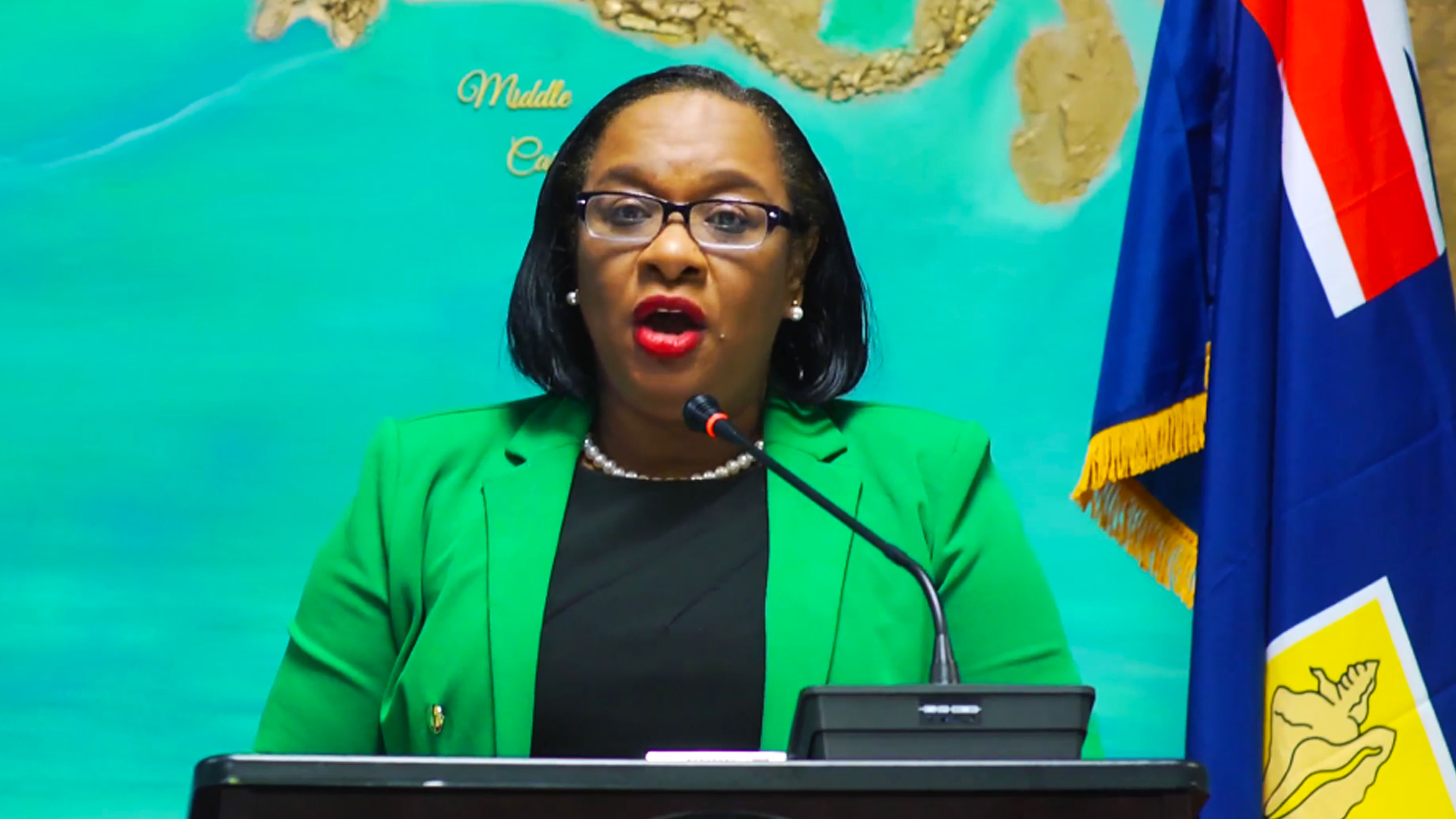 #Providenciales, Turks and Caicos – August 25, 2020 — A press conference held by the TCI Premier today fell short of expectations and Magnetic Media continues to field a barrage of comments about the subject matter and the abrupt conclusion of the presentation by Hon Sharlene Robinson.

The press conference, held at 2pm today at the Office of the Premier in Providenciales, was attended by media in the room via Zoom.  It was carried live on Facebook and radio.

A succinct report on Her Majesty’s Prison and the plan to curtail the anarchy, strengthen the human resources and restore dilapidated infrastructure at the facility was overdue; still residents expected more.

“That ending was so abrupt,” offered a listener in Grand Turk.

A woman in Providenciales commented: “I still trying to put my tea cup to my mouth and can’t because she hung up on us. All these relevant issues and you already had your face made up not to answer questions so why have a conference?  We need answers.  The woman hung up on us.”

From comments posted publicly during the social media broadcasts  and those coming to our news organization directly, it is clear, the PDM Administration must reconsider its public relations strategy to heed the repeated concerns about the tone of the media sessions which seem defensive, dismissive and evasive.

From the Premier, residents learned of the deployment of members of the Royal Turks and Caicos Islands police to manage the facility, as Her Majesty’s Prison – home to 71 inmates – prepares for a new Prison Superintendent.

The current superintendent – Grahame Hawkins – will not renew his contract with the Ministry of Home Affairs; essentially quitting the job which has been uncommonly brutal from day one.

For those speaking candidly to Magnetic Media, this was not the national announcement they were looking forward to hearing. Many believe the focus should have largely been on the ongoing challenges linked to COVID-19.

“I guess we have to wait for another press conference later in the week!“

Desperation is building in the Turks and Caicos; no different from any other country struggling to regain footing under the weight of a crushing pandemic which has stolen the most valued of things.

Now outlawed are breathing God-given air without a face covering in public, touching fellow human beings with handshakes, hugs, high-fives or fist bumps.  We feel strange clearing out throats, laughing out loud, standing too closely and most of us flinch, just a little, when a temperature gun is pointed at our foreheads.

Covid-19 has decimated our economy.  The World Tourism Council reports that Turks and Caicos was robbed of $94 million between January and April alone; ranking No. 1 in the world for percentage loss of tourism revenue due to the pandemic.

People are despairing over the rocketing number of new COVID-19 cases; the dire financial strain on their families and businesses and the perilous prognosis for their more immediate futures.

Schools are not reopening, banks are not extending loans or special considerations, salaries are evaporating yet the bills keep on coming, and for many are even higher than before.

Plus, we are entering the height of the Atlantic Hurricane Season and the low of the Tourism Season.

The Government has announced a one-time stimulus payment for individuals and qualifying companies; but roll out of the monies has lost significant steam; the first round of distribution remains incomplete.

The Social Services Department is supporting 703 families, with room for 130 more until the allotted funds of $500,000 run out.  Each family, which qualifies, receives $200 per month for three months.

Turks and Caicos is not an independent nation, but it is inhabited by a fiercely independent people who are usually able to take care of themselves and their families.

It is clear this ‘once in a hundred years’ pandemic has brought an unexpected burden which is burying many families and companies and the hope is for Government to act on a plan which can hopefully keep these islands from going completely under.

Face-to-Face school for all in January 2021 for TCI