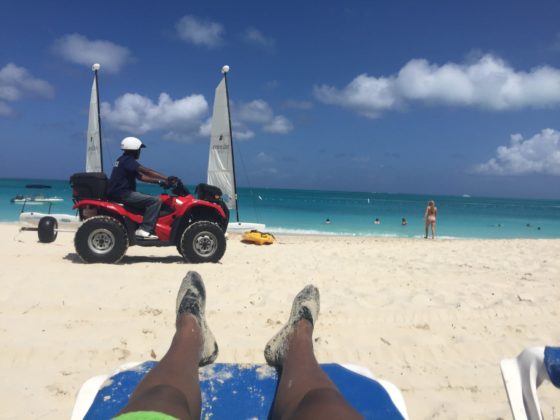 The Turks and Caicos Islands have dropped from the number one island destination in the world, to now holding the number four spot on the popular TripAdvisor list.

During a specially held luncheon at Beaches Resort Villages and Spa last week, Chairman of SRI, Gordon ‘Butch’ Stewart talked about the fall and that poor service and harassment are causing it.

Stewart, while here in Provo also met with the Turks and Caicos Hotel and Tourism Association – all, Magnetic Media understands are gravely concerned with the crime on the world’s #1 beach – Grace Bay Beach. The outspoken Stewart said violators should be thrown into jail, and exposed that the Turks and Caicos leaders are not only out of touch, but literally impossible to reach.

During the lunch, he talked about how he could call country leaders anywhere that his resorts are operating, and those leaders come to phone or return his call. Not so, he points out in the TCI.

Magnetic Media was also informed that the Tourism Minister is equally as hard to get in a meeting.

Stewart was visibly frustrated and expressed that the recent taxi driver contract issue, deserved at least a call from the Premier before he went public to side with drivers, who bid and lost the contract.

Butch Stewart and his team reiterated that it was a business decision which should never have attracted a protest, media headlines or threats about going to court.