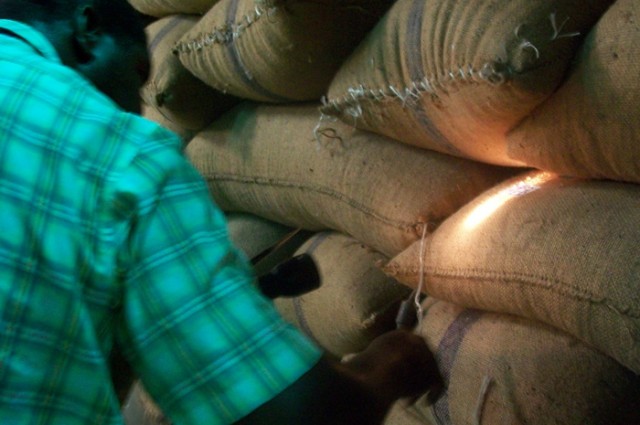 KINGSTON, March 1(JIS): The Food Storage and Prevention of Infestation Division (FSPID) of the Industry, Investment and Commerce Ministry has detained approximately 50 metric tonnes of imported rice, valued over $4.6 million, which was found to be contaminated with rodent faeces.

“On February 8 and 9, the FSPID conducted inspections of two 20-ft. containers of long grain white rice, which were packed in 1,000 (45-kilogramme) bags, at the importer’s storage facility in Montego Bay where the commodity, which was shipped from Suriname for local distribution, was being kept,” she said.
Ms. Morrison advised that the contamination was determined to have occurred prior to the arrival of the rice, and further indicated that this was the first time that rice imported by that consignee was found with contaminants.
She told JIS News that the implications of the findings, including health risks, were discussed with the importer, adding that “these factors formed the basis for our decision to dispose of the commodity.”
“A Condemnation Order for disposal, in accordance with the Food Storage and Prevention of Infestation (FSPI) Act and Regulations, was subsequently issued. Arrangements are now being made to dispose of the rice at a designated location by the end of this week,” Ms. Morrison informed.

She added that no other action will be taken against the importer.
This was the first seizure made by the Food Storage and Prevention of Infestation Division for the 2015/16 fiscal year.