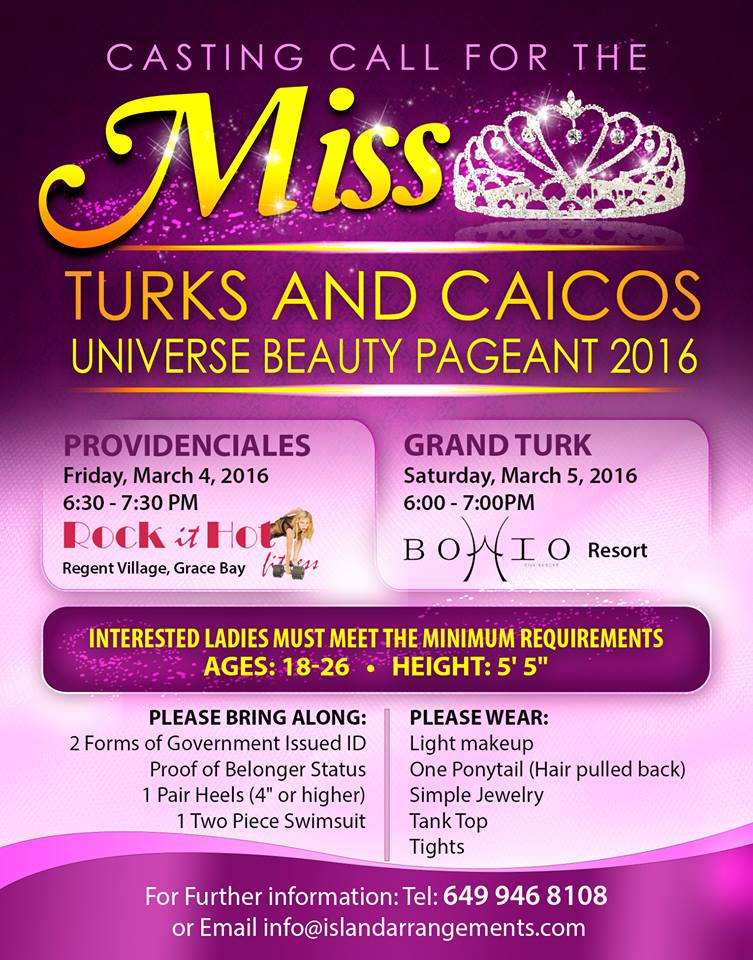 Providenciales, 01 Mar 2016 – TCI Tourist Board Director, Ralph Higgs confirmed that yes, there are new managers for the Miss Turks and Caicos Universe Pageant and the group introduced themselves via emailed press release today as Island Arrangements whose managing director is Olincia Missick.

The group, now responsible for the Miss Turks and Caicos Universe 2016 pageant explained that they specialize in “products, services and experiences for the enjoyment of visitors and residents.”

Most importantly, the media release announced the casting call for contestants.

In Provo on Friday March 4th, potential contenders for the crown can head over to Rock it Hot Fitness at the Regent Village from 6:30 to 7:30pm and in Grand Turk, the casting is Saturday March 5th from 6 to 7pm at Bohio Resort.