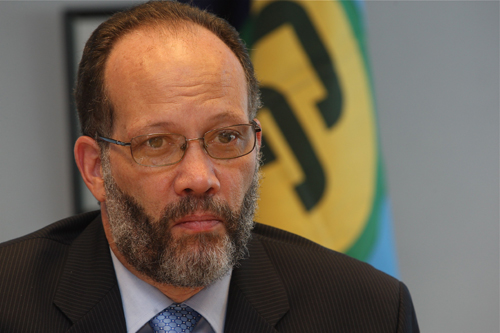 Providenciales, 19 Feb 2016 – The Bahamas government wishes to extend warm congratulations to Ambassador Irwin Leroque, a national of Dominica, on his reappointment as Secretary General of CARICOM. The decision was made by the Heads of Government of Caricom at its Inter-Sessional meeting in Placencia, Belize on 16th February.

This will be Ambassador Leroque’s second and final five year term.

Speaking for the Bahamas Government, Foreign Minister the Hon. Fred Mitchell said “Ambassador Leroque has given unqualified, good and yeoman’s service to our region and deserves a second term. We support him unreservedly and congratulate him on his reappointment.”