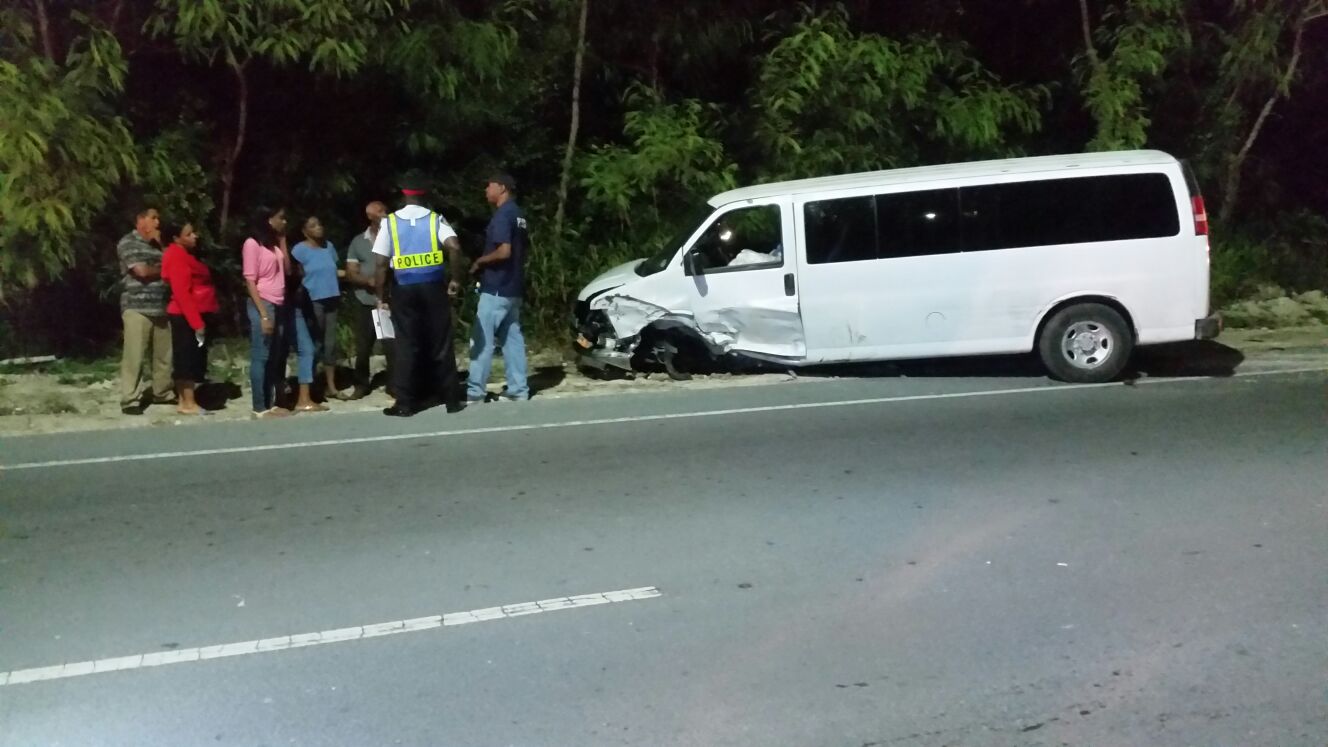 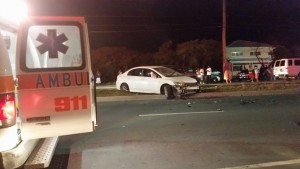 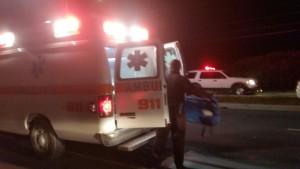 Providenciales, 08 Feb 2016 – A traffic accident around 9:30pm last night on Leeward Highway could have been a lot worse and onlookers say they believe speed was a factor.

A white taxi-bus and a white Honda civic collided and the driver of the Honda was taken to hospital; his injuries are believed non-life threatening.

One media account is that the taxi driver lost control and the ambulance was very long in getting to the scene of the smash-up which did clog traffic along the highway near Courtyard Plaza.

Speed is also believed behind a traffic wreck last week, where a white sedan was found turned upside down in the bushes north of Maranatha High School on Millennium Highway.