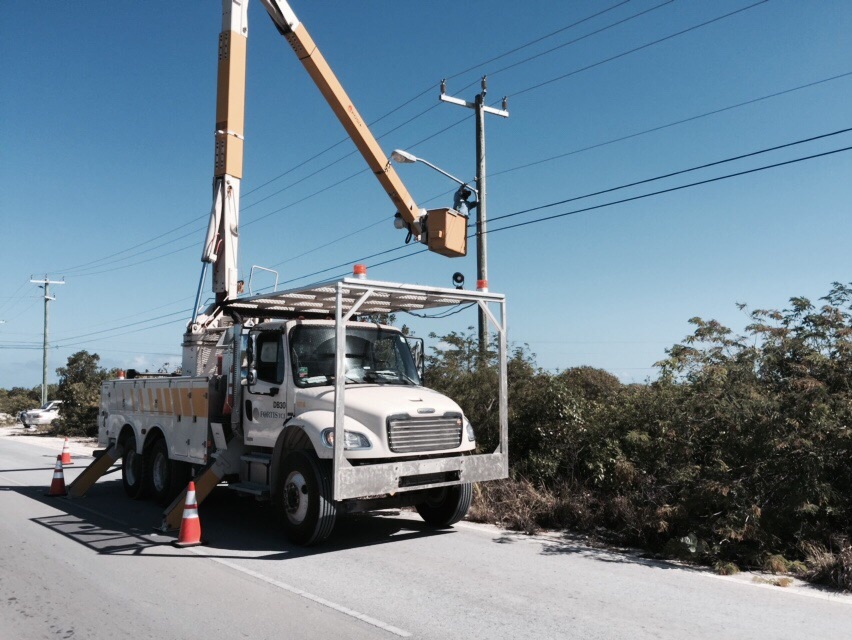 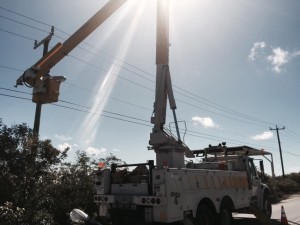 Providenciales, 16 Apr 2015 – Around 60 street lights have now been freshly installed in the Wheeland Constituency, according to a report from its Member of Parliament, Hon Delroy Williams. Williams said this has taken much of the community from being ‘pitch black’ at night to be illuminated on three key thoroughfares in the Blue Hills area. Bay Road or Front Street had seen the street lights in time for the annual Conch Festival last year and Millennium Highway has had forty street lamps approved by the EMS Department of Government and installed by FortisTCI near the Maranatha High school and just yesterday from the Priton phase Two development into the ‘white road’ leading to Amanyara Resort. Hon Williams explained that letters agitating for the lighting began immediately after he was elected for the district, and that the Tom Lightbourne roadway within phase two has also received lights to make driving and walking safer at night.