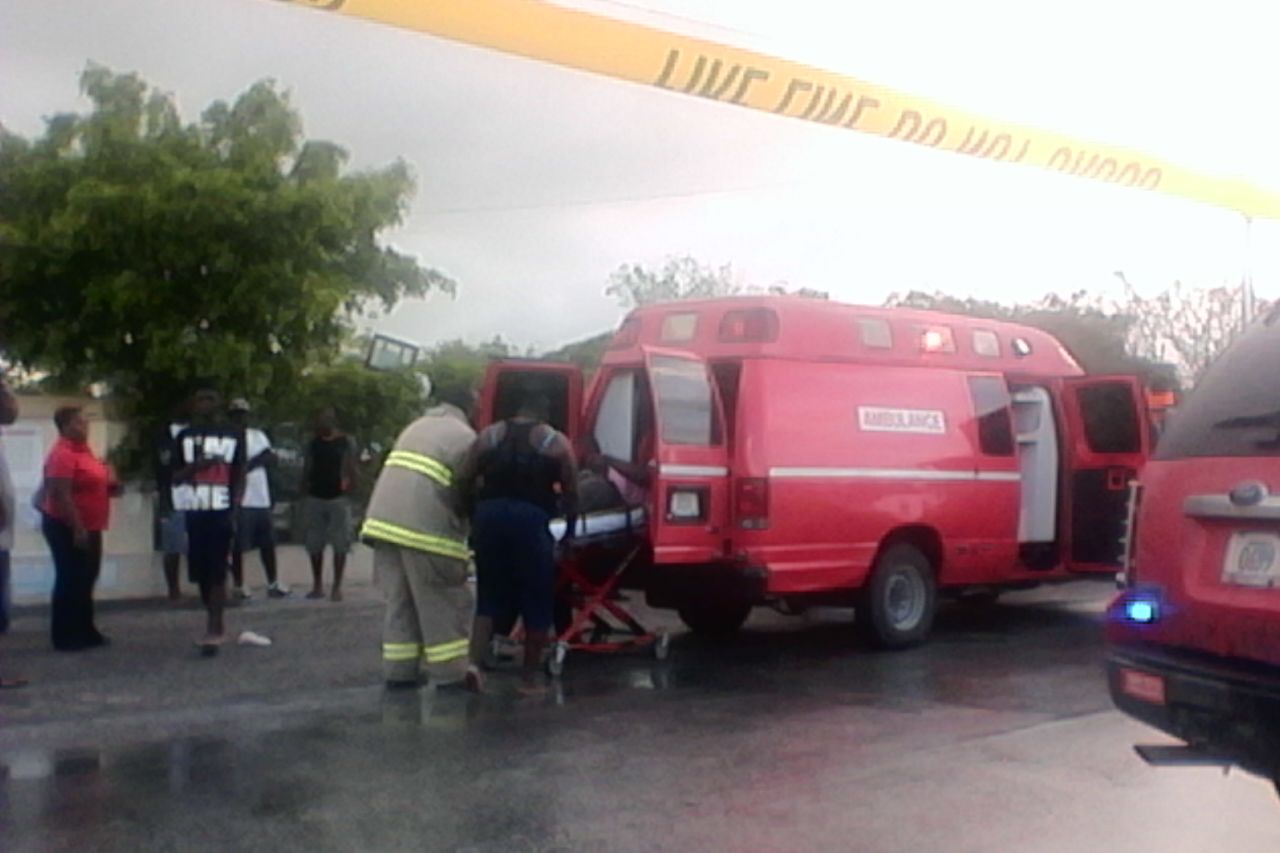 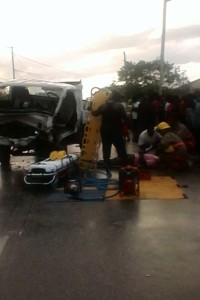 Providenciales, 09 Apr 2015 – A terrible smash up on Millennium Highway, just in front of Pastor Dor’s complex late yesterday not only caused a major traffic detour in the Blue Hills area of Provo, but sent at least three people, including two teen boys to hospital. It is unclear what caused the violent collision of an AND Construction Truck and an SUV; but bystanders told Magnetic Media they could hear the impact from beyond Maranatha High School. The driver of the truck was pinned in the vehicle, the entire front end smashed and crushing his legs. The Fire crew had to brace the man in a standing position as the jaws of life were used to cut him free. The injury to his knees and lower legs were visible; deep gashes.

The boys, who were being driven by their father, were said to be hurt; the one in the back seat of the vehicle more severely with head wounds and heavy bleeding, this according to an eye witness. It was a commendable job by first responders which included the Fire Department, Ambulance Unit and Police Force. There is no official police report as yet on the accident, but speed seemed to be a factor.