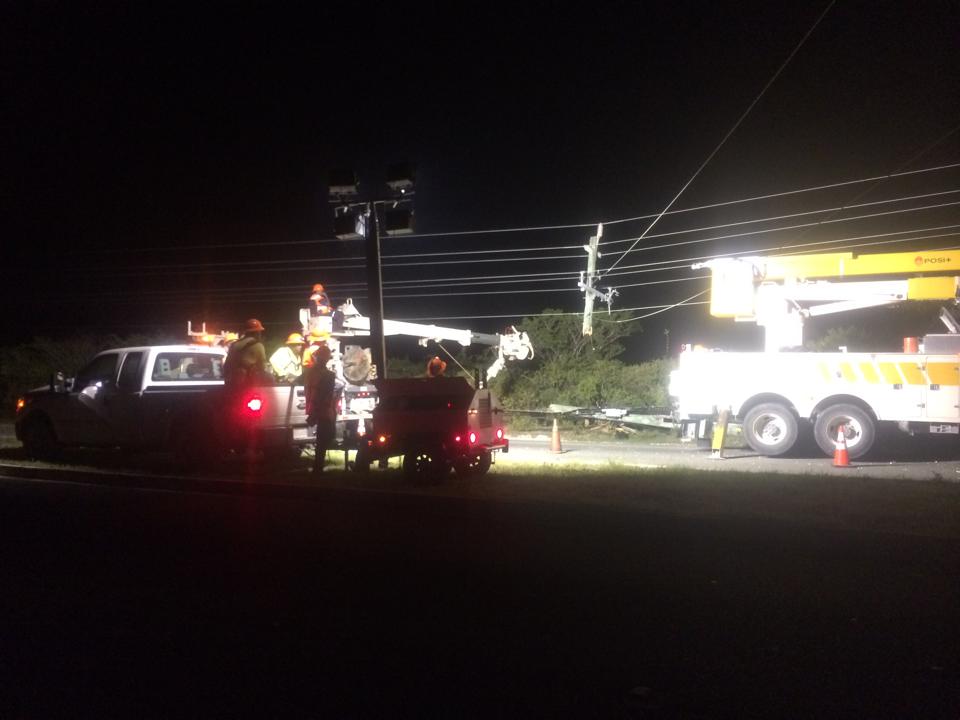 Providenciales, 24 Nov 2014 – A two hour power outage was the least of the concern Friday night once residents learned there had been a traffic accident; that news spread rapidly and also revealed that the lone driver in that truck died, reportedly at the scene. The man, who was in his Ford F-150 truck alone slammed into a utility pole; the impact snapping the pole in half and that caused the outage in the Leeward Highway side of the Bight on Friday around 10pm.

Police have still not given the go ahead on the identity of the deceased officially nor any insight thus far on what may have led to the accident. We can say the man is of the Walters family here in Provo and that he may be considered the fourth traffic death for 2014. It is still unclear how the police rule the death of Quincy Gardiner of North Caicos, who was in August found lifeless in the road. The autopsy is still not made public in that case.