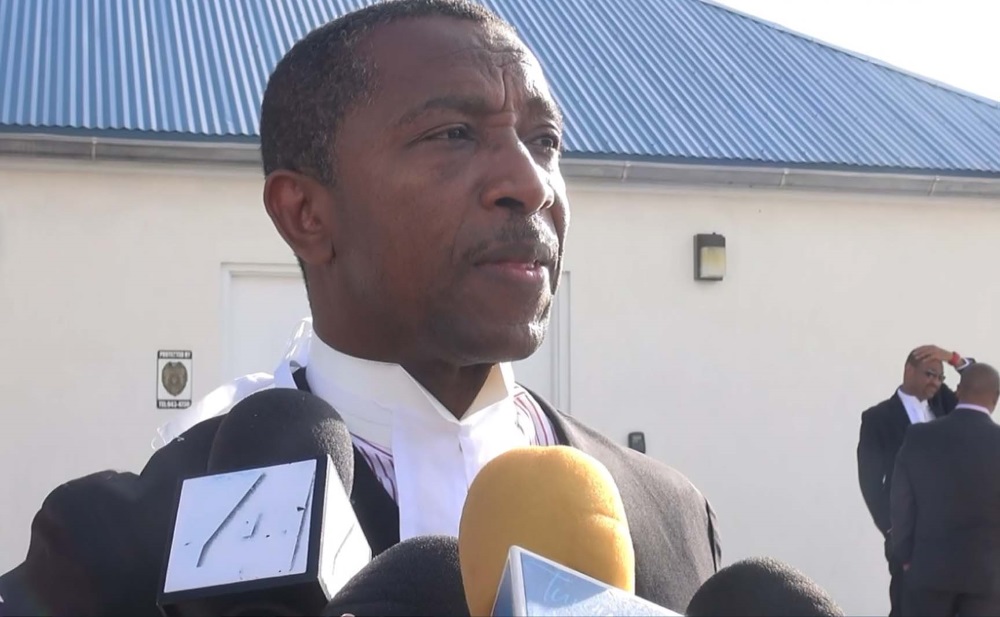 Providenciales, 01 Feb 2016 – The courtroom of Justice Paul Harrison was cleared after SIPT Defendants filed for a mistrial in the wake of Butch Stewart’s revealing media statement.
Shortly after 11am proceedings stopped due to fierce feelings on media reports on allegations against the nine defendants.

Misick and others seemed pleased and their attorneys have until 3pm to submit formal arguments articulating their position and court proceedings resume tomorrow.

Ralph Thorne, QC for Michael Misick said the posting of those Opening Statements by Andrew Mitchell are reprehensible, unprecedented and prejudicial… he cited similar issues with the Sandals media release.

“As Mr Misick’s lawyer, my immediate concern is that the statement is so highly prejudicial to his rights and to his presumption of innocence that it defeats his opportunity for a fair trial.”

Thorne says threats have been hurled at Mike Misick, ex Premier outside of the courtroom too.

Magnetic Media is told the mistrial motion was filed this morning.

A mistrial victory for the defendants, if it were declared so, would mean the trial is rendered invalid because of errors in the proceedings. A mistrial does not make charges go away forever; the case can be brought to court again.