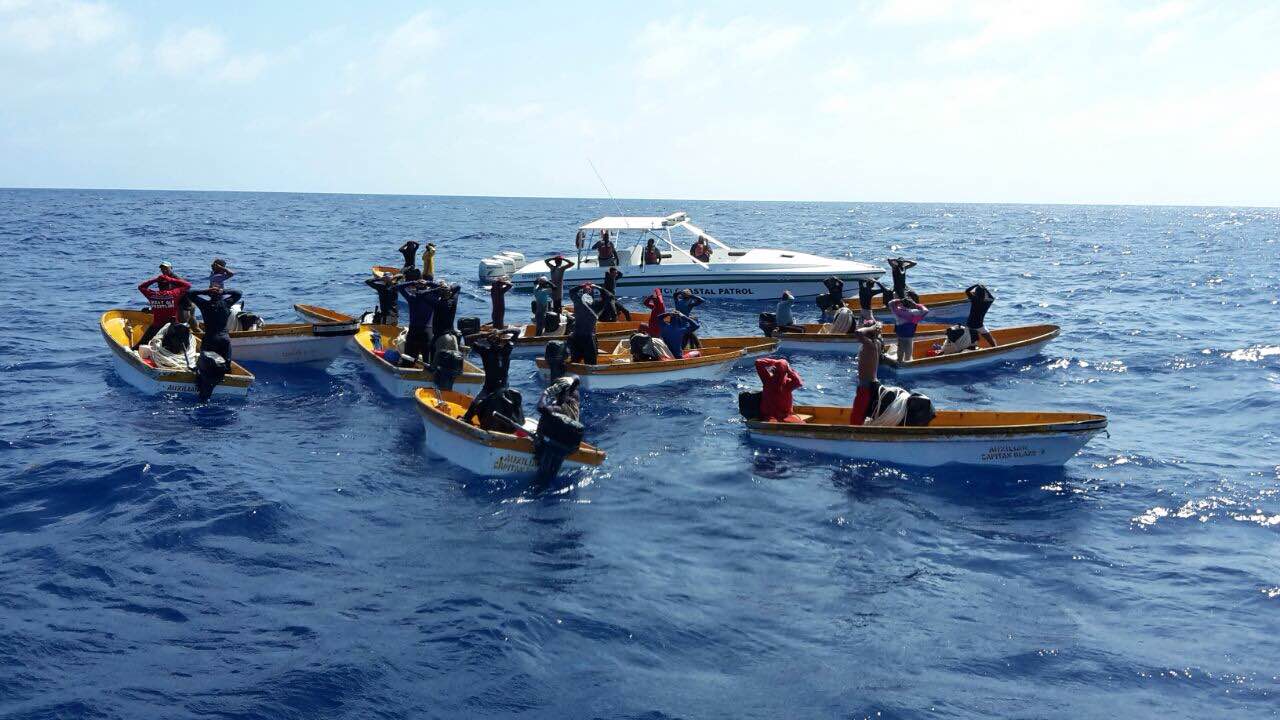 Providenciales, 13 Jan 2015 – The Marine Police Air Patrol managed to thwart another raping of TCI waters by poachers this past Sunday; and ten men were taken into custody and will be charged for illegal fishing, by illegal means of seasonal catch.

Seven laws were broken by a group of ten poachers caught red handed near Whale Breakers Cay, about 24 miles south of South Caicos this past Sunday.

DEMA Director, Dr John Claydon explains in a media release that “Every time we seize a boat and put poachers in jail we send a strong message. This is important because the illegal fishing will not stop until poachers understand that it is not worth the risk – they will lose money and go to jail.”

There was also thank you to the officers who executed and made the arrests.

Those poachers already had 200lbs of illegal catch.