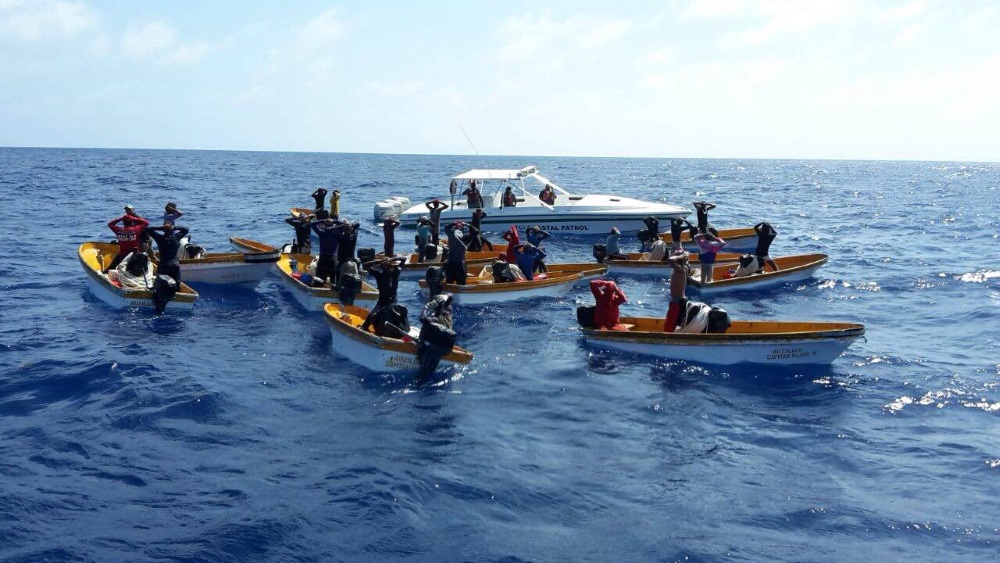 This latest arrest comes just one week after the Governor held talks with The British Ambassador to The Dominican Republic and Haiti, Steven Fisher, on the dispute of the TCI-DR Maritime border.

Bijou Anduja, Wilson Perdomo, Carlos Jose and Edisson Castillo were caught off of Whale Breakers, a popular reef near Seal and Bush Cay….with over 40 LBS of lobster, 100 pounds of scale fish, and over 100 LBS of parrotfish. On Tuesday they appeared before a Magistrate Court judge.

This is the third arrest of poachers from the Dominican Republic in three months; as many as 34 men from the DR have been detained in relation to the illegal activity.