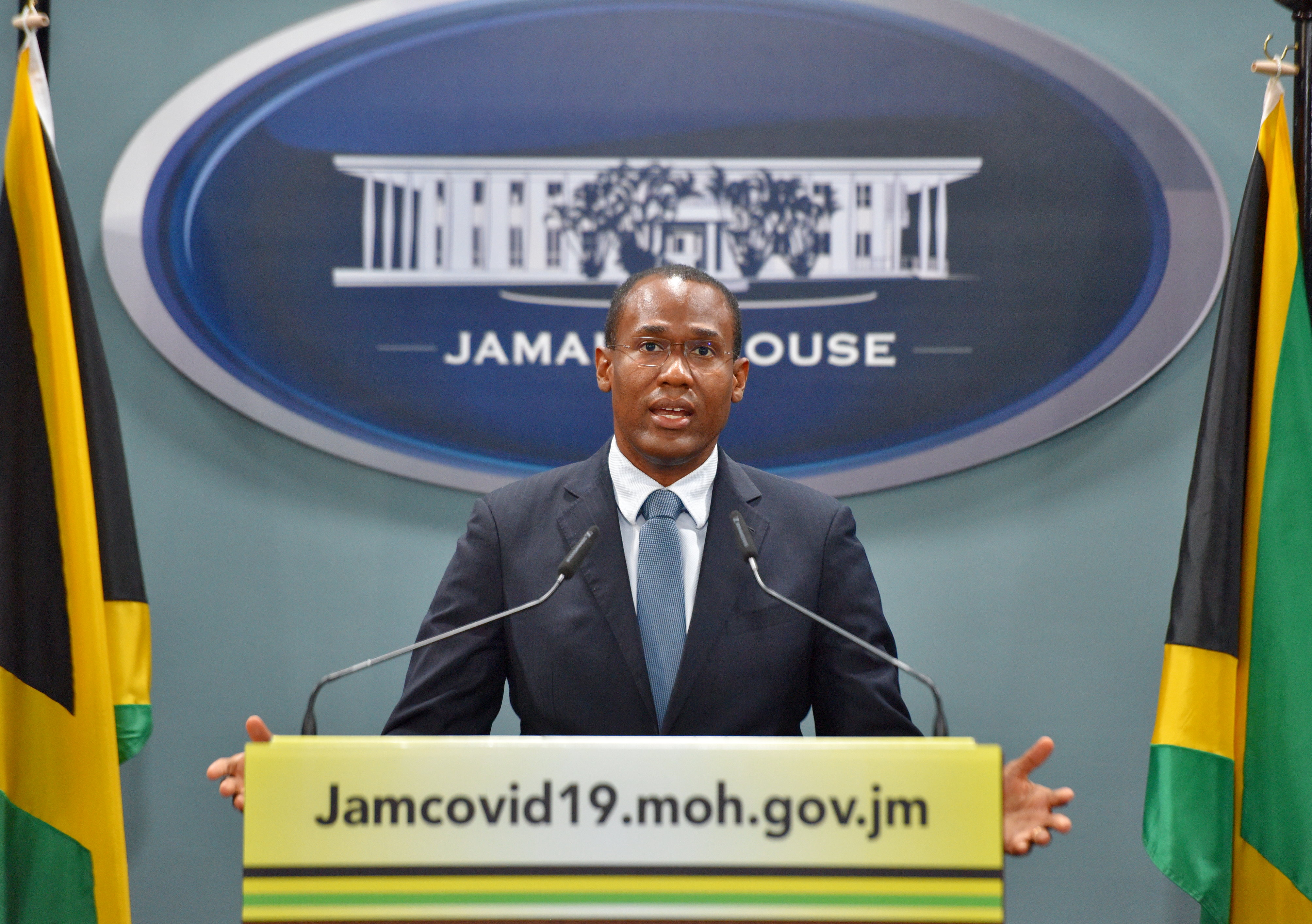 This is part of the Administration’s measures to cushion Jamaica against the economic fallout being projected as a result of the coronavirus (COVID-19) pandemic.

“I received a response to a letter that was sent to the Managing Director of the IMF [Kristalina Georgieva]… that alludes to Jamaica’s strong and long [economic] track record that favourably disposes the Fund to attend to our request expeditiously,” Dr. Clarke said, during a COVID-19 digital media briefing update, at the Office of the Prime Minister Media Centre, on Monday (April 27).

He informed that virtual discussions are now under way between the Government and Fund Mission representatives, adding that “we expect our application for access to the RFI to be before the Board of the IMF in a matter of weeks”.

“We expect that application to be considered in a few weeks and for disbursement to be made right after that,” the Minister added.

The RFI provides rapid financial assistance to IMF member countries facing urgent balance of payment requirements, consequent on extenuating circumstances, such as natural disasters, commodity price shocks, and emergencies resulting from fragility, without the need for a full-fledged programme.

The IMF has earmarked some US$50 billion to help member countries, particularly low-income and emerging market states, to tackle challenges associated with COVID-19.

The World Bank, which has a similar facility, has also pledged funding support to affected countries.

He pointed out that the resources from these institutions come in the form of foreign exchange that can be used to supplement and augment Jamaica’s supply of reserves, which total some US$3.2 billion.

“Obviously, these multilateral institutions have different products that suit different circumstances. So we are carefully reviewing all of those… and if we make any affirmative decisions, we will update the country,” the Minister said.

Dr. Clarke assured, however, that the Government has options “that we are considering, [which] can increase our supply and inflows of foreign exchange, even beyond what the rapid financing instrument is likely to bring”.