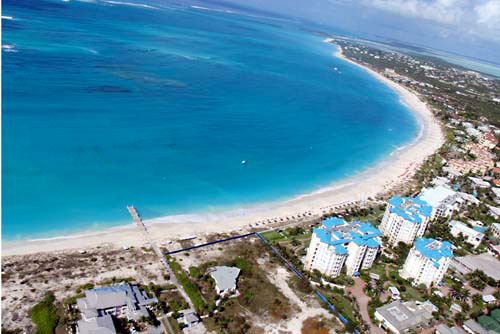 Providenciales, 07 Jan 2016 – Some people are on the fence about the value or harmfulness of the proposed 12 storey development which is proposed for Grace Bay and at least one local attorney says she wants to weigh in as a part of public education.

A social media campaign is now launched by attorney Karen Savory who challenges the wisdom of government to create a taller, more high-density resort landscape in Grace Bay.

In a detailed letter to Magnetic Media, Savory says in part that the density will go from 24 hotel rooms per acre to 50 rooms per acre, and will take the height from 90 feet to 150 feet. While some might say, so what, we need more jobs… Savory points to what the government hired consultants, KPMG said in their recent report.

“The government hired tourism experts at KPMG but it has decided to go against the experts’ recommendation not to increase density or increase height – are you happy for them to make that decision unilaterally?” Savory continues, “Our tourists have said no, tourism experts say no, anyone who has seen other countries over-develop and deteriorate into lower end destinations say no. We need to say no.”

Ms. Savory, who now has a Facebook page devoted to the subject said, “The KPMG report states that although there is strong local support for development the preference, of two-thirds of the respondents, is for luxury, low density resorts. European Plan type hotels are a distant second in terms of desired development.”

It is not the first time Magnetic Media has reported that some in the public say what Karen Savory also says, that the reason tourists pay the higher prices for their TCI getaway is because the country still feels un-crowded.

Later, we tell you what Savory had to say about remarks by Premier Rufus Ewing in the House of Assembly during debate on the changes to the Planning Ordinance.

Karen Savory is a Turks and Caicos Islander.