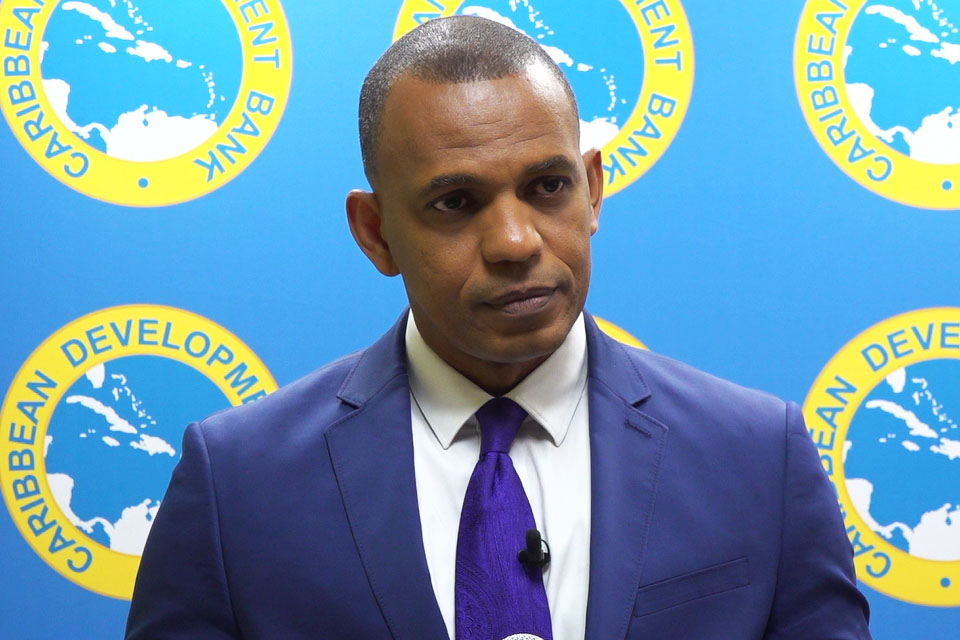 #Barbados, February 17, 2020 — Three TCI approved projects employing the technical assistance of the Caribbean Development Bank are in limbo due to a lack of available expertise within the Turks and Caicos Islands, explained the CBD director at its Annual Press Conference held on February 11 in Barbados.

Daniel Best, Director of Projects at the Caribbean Development Bank revealed that efforts are being considered at CDB to help countries through the stagnating challenge of limited human resources, which adversely affect implementation and completion of critical projects.

“We have within our member countries, unfortunately, some capacity issues and it is not limited to TCI, this is across the board.  One of the things we are doing as a bank is seeking how we can be more responsive to not just the infrastructure or social needs but to the capacity needs,” said Mr. Best.

Magnetic Media quizzed Mr. Best about progress on two of the three projects; the first, the Coastal Protection and Management Technical Assistance which has been approved since 2016.  While it is the most advanced, progress is slow going for the construction of vital sea defences.

“All of the capital projects funded by the Caribbean Development Bank undergo a climate vulnerability assessment and climate risk screening, so this project would be one, when it gets to the capital projects stage… (it) would be one that incorporates climate action.  We are continuing the dialogue to drive this particular intervention and others forward, so we really hope to see some traction on that in this calendar year,” said Best.

In July 2017, the Premier and Finance Minister, Sharlene Robinson informed the House of Assembly:  “Mr. Speaker that the Government is advancing is the loan assistance related to Climate Resilient Coastal Protection and Management that we had hoped would have been before us today for debate.  This technical assistance will focus on a feasibility study and prepare designs for coastal protection works on the islands of Grand Turk, Salt Cay and Providenciales.  Shoreline management plans for the Islands will also form part of this technical assistance.”

Three years later and the CDB Director admits that the project still has a distance to go.  Daniel Best said plans are to work with the Turks and Caicos Islands Government for project submissions to source designs for coastal defences.

The second venture, a Solid Waste Management Project is also severely waylaid by this human resource deficiency and that fact will be particularly jarring for the people of northwestern Providenciales, which is home to the communities of Wheeland and Blue Hills.  Residents, across the islands are hopeful for a remedy to longstanding qualms about management of dump sites.

Severe respiratory health problems resulting from smoke and fumes emanating from fires in and around the Providenciales Landfill have raised public interest in the approved Solid Waste Management Technical Assistance contract with the CDB.

“Unfortunately that project has not progressed as fast as we would have wanted it to; the TA (technical assistance) has been approved and we are in the process of working with the TCI to procure consultants, to engage consultants,” informed Mr. Best.

“Arduous” is the way ahead for the solid waste management assistance, the CDB Project Director explained.

Within the July 2017 ministerial statement, Premier Sharlene Robinson announced the project and in 2019, the Technical Assistance for Solid Waste Management was approved at the Cabinet level.

From the July 26, 2017 ministerial statement to the House of Assembly: “Mr. Speaker, Solid Waste Management involves everybody throughout the length and breadth of these Islands, and it is my Government’s intention to advance a technical assistance loan from the Bank to assist us in updating the waste management strategy for the country as well as designing the best option for waste disposal on each Island.

Our Islands do not always depict our country’s tagline and as we clean up the streets and communities, we must put in place proper management systems that will address littering, indiscriminate dumping and management of landfills also known for us as dump sites. Public education and fines will also be hallmarks of the new Policy.”

Since then, the widespread destruction and reconstruction resulting from Hurricanes Irma and Maria have generated a substantial increase in the amount of debris being hauled to the dump site.

Doctor visits and respiratory cases have climbed among residents of the area; though in recent months, there has been a decline in instances of foul odors and toxic air.

“There may be need for some support in the country and this is one where we will certainly be putting a lens on to see how we can actually get it moving faster,” the comment from Mr. Best in response to Magnetic Media’s conveyance of public anxieties.