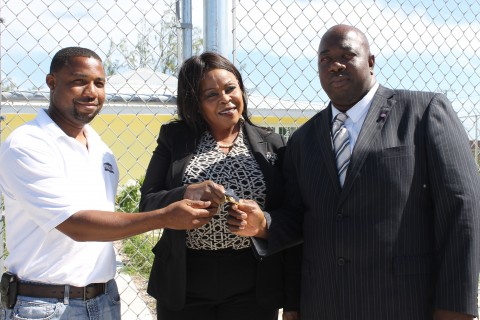 Providenciales, 29 Jan 2016 – The juvenile facility will open fully functional by April 2016, but according to Minister George Lightbourne in the House of Assembly on Monday there are no juveniles currently being detained who will move in.

Hon Lightbourne said right now, no juveniles are incarcerated but the facility is complete construction, keys have been handed over to him and tenders have gone out for furniture and equipment. The tender process ran for a month from December 18, 2015.

The update came as a result of an Opposition Party question, which also caused to be revealed the plans for rehabilitation for younger offenders who will be housed at the Grand Turk site.

There will be counseling, psycho therapy, educational programs, continuous education, recreational sports including basketball and table tennis, and Minister Lightbourne shared that there will be a few proven and specialized additions like a program called, CALM, the acronym for Controlling Anger Learning to Manage.

A community take-back initiative and vocational studies for the girls including cosmetology, were also said to be a part of the character building sessions.

Cabinet has approved a few consultation processes which will impact the health and agriculture sectors in the Turks and Caicos.