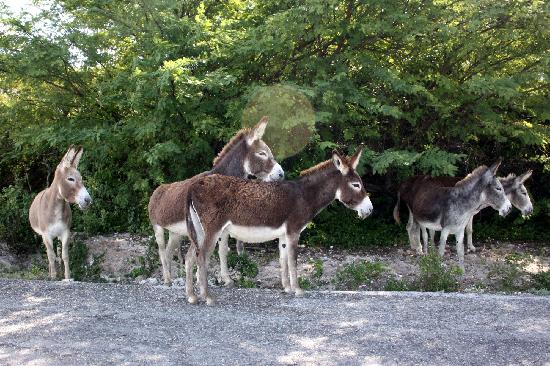 Providenciales, 26 Jan 2016 – Stray dogs creating a mess in the streets, donkeys on the loose in the capital and government offices a serious health hazard according to Governor’s appointment member, Hon Lillian Missick.

The House of assembly is in session and during the two minute presentations on Monday, some Members of Parliament lambasted the government for unsavory conditions for government workers and unhealthy conditions for the general public in Grand Turk.
“This place Mr. Speaker is overrun by diseased and emaciated dogs, and Mr. Speaker they have no compunction although they are diseased and emaciated about having their way in the streets and being a hazard to drivers. If I were an employee of the government working in environmental health I don’t know that I could go to work, the entire surroundings Mr. Speaker does not suggest that people could be productive, and Mr. Speaker that entire building is mold infested.

Later the Premier would say there are changes coming for both the Environmental Health Department and the Department of Education.

Mr. Speaker, much has been said about the various health concerns, and I will address most of those issues in my ministerial statement when the time arises including the issue with the environmental Health department that I have asked to evict themselves for the longest while, and we actually have a space allocated for that department to be moved. Mr. Speaker, the same thing goes to the ministry of education; we were actually waiting a space for the Ministry of Health to move out to another location and the MOE will actually occupy the location where the MOHHS is….”