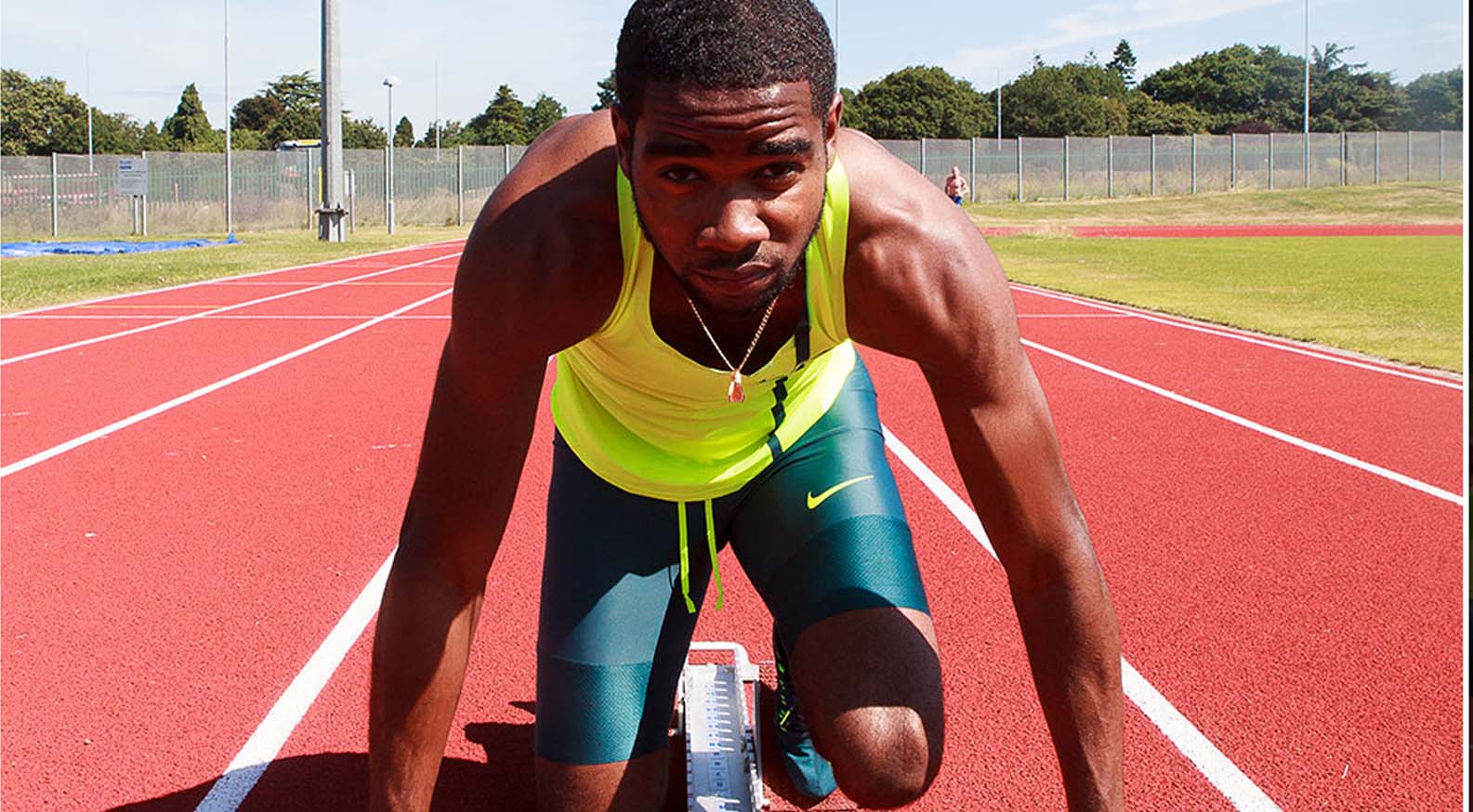 Providenciales, 11 Jan 2015 – Congratulations are in order again for the country’s ‘Golden Boy’ and world class sprinter, Delano Williams. His big bright smile is sported in a photo headlining the newest edition of The Turks and Caicos Weekly News as the 2015 Person of the Year.

There will likely be no contention about that title since Williams performed in finest form in track and field in 2015, as he pursues a marketing degree at the University of the West Indies in Jamaica. Delano Williams was a gleaming part of Team Great Britain at the IAAF World Relays held in Nassau, Bahamas and a bronze medal performance came again from the quartet in the 2015 IAAF World Games, held in Bejing, China.

The 4x400m relay team’s achievement made them automatic qualifiers for this year’s Summer Olympic Games set for Rio in July. Delano is headed to the Olympic Games, and will be the first Turks and Caicos native to do so.

The Grand Turkian, who has a twin sister, is 22 years old now and was among the first to be awarded the Turks and Caicos Islands National Young Achievers Medal at the inaugural ceremony in October 2015.

Williams, who is already endorsed by Nike, also signed a $60,000 dollar endorsement deal with LIME in 2015. You can read more about Wiliams’ accomplishments and feelings going into 2016 in that article in the TC Weekly News.