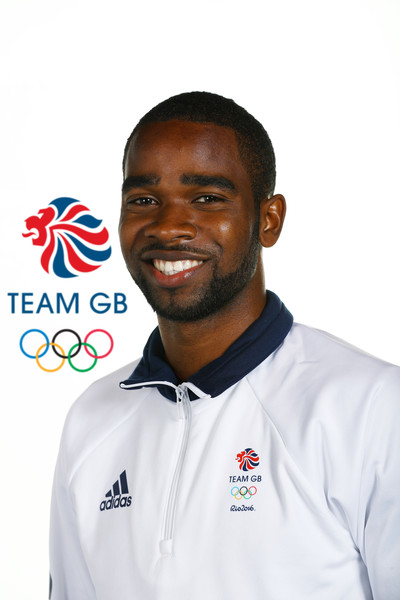 Providenciales, TCI, August 23, 2016 – Just minutes after the announcement that the government was working with TCI Olympian, Delano Williams on a return home this Thursday and the string of activities for his hero’s welcome, the plans were cancelled.  The unnamed tropical depression which is by the day gaining strength, just as forecast has power – power enough to force the postponement of that DW Celebration.

Williams was to return to TCI via British Airways this coming Thursday with a welcome reception, motorcade, press conference, Cadet escorted entry into the World Famous Island Fish Fry and remarks of praise coming from as high up as the Governor of the territory.  But no more, at least for now, Delano posted on his Facebook page that he will no longer return on Thursday due to the coming bad weather.

The Minister had warned that it was possible and she spoke about how it felt to be watching Delano at the Olympic Stadium in Rio.

“We equated it that the joy we had watching Delano run, and cross the line and hand the baton over first,  was probably more joyful than when we heard that we won the election, and I think that just shows the amount of…..like just thinking about it now i’m welling up with emotion, because it was just indescribable, and looking at the pictures and the videos from events that were here, there was an event at Danny Boys, there was an event at Opus, there was one in Grand Turk, and I understand the Vix was packed and somewhere else was packed.   Just looking at the pictures of the country standing still for forty seconds, because I was screaming so much, I was able to actually capture a quick snap of his mother and the look on her face, the joy on her face,  the joy on Rita Gardiner’s face.” – DP Akierra Missick

Haiti proved a stellar partner for the Turks and Caicos, as its Athletic Association worked to get Delano’s mother, his mentor Rita Gardiner, the Minister Akierra Missick and Sports Director, Judith Robinson official access and special seating to watch DW make history as the first TCI to compete at the Olympics level.

“Haiti wrote back almost immediately saying we would assist in having you and the Director of Sport be part of our official delegation so that you would have access to the games, access to the games hotel, and access to whatever meeting sites that would be on the site.” – DP Akierra Missick

Delano’s mother is Haitian; his father Turks and Caicos Islander and he has a twin sister Ashley, whom he calls his best friend.  The trip for the TCI sports officials could already be reaping results for stronger focus on widening sports offerings as there were recommendations, said Minister Akierra from the International Olympics Committee or IOC.

“Another thing that was shared with me by the IOC during our meeting is that root programs need to be in place in order for them to consider having us even as an associate member because they want to see how sport is running from zero to Olympic qualifiers, because it’s about the growth and the continuous development of the individual sport.” – DP Akierra Missick

The Minister also shared that the TCI will work toward associate membership of the IOC in time for the 2020 Olympics which are set for Tokyo, Japan.  Delano Williams on Friday August 19th ran a flawless second leg in the men’s 4x400m relay, as the youngest member of Team Great Britain.  The team ran the third fastest time in the heats, but was disqualified and was unable to advance to the finals.  Needless to say, it was a catastrophic blow to the Olympic dreams of Williams, who wanted and seemed poised to medal, with his team in the event.