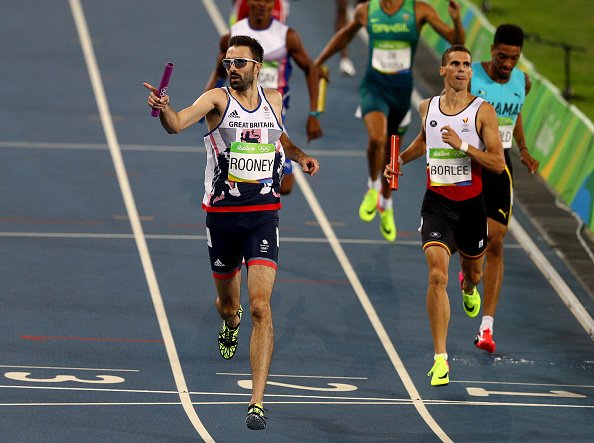 Providenciales, TCI, August 23, 2016 – The Minister of Sports and Director of Sports were among those in the Olympic Stadium on Friday night hoping that Delano Williams, as the first Turks and Caicos Islander to make it to the Olympics, would do more than make it, but medal at the Rio Summer Games.

There was a national numbness when that did not happen and despite an appeal to overturn Team Great Britain’s 4x400m relay team being disqualified, the ruling was upheld.  Martyn Rooney, the team’s captain, ran a brilliant anchor leg and shared with UK media that because there was no video to dispute the decision of the official watching the track, the decision stood and Team GB was out.

Out with them and  dashed were the dreams of Delano Williams to get some Olympic hardware.  Williams, who is a Flow Brand Ambassador expressed thanks, gave insight into how the moment felt and promised that he would be home soon to celebrate as he was truly overwhelmed by the outpouring of national support and empathy.

Magnetic Media was sent photos by attorney at Graham Thompson & Co here in the TCI, Stephen Wilson and his family who were all about Delano; sporting Team Delano T-shirts and carrying a huge banner with a supportive message for the Olympian at the athletics track in Rio.

Despite this disappointing result, Delano remains a sports and national hero… he has changed the trajectory of sports in the country for the better, once again.

This morning, Minister Akierra Misick will hold a press conference to announce the plans for the welcome home celebration of Delano, which will be as early as this Thursday with major festivities planned at the Island Fish Fry.