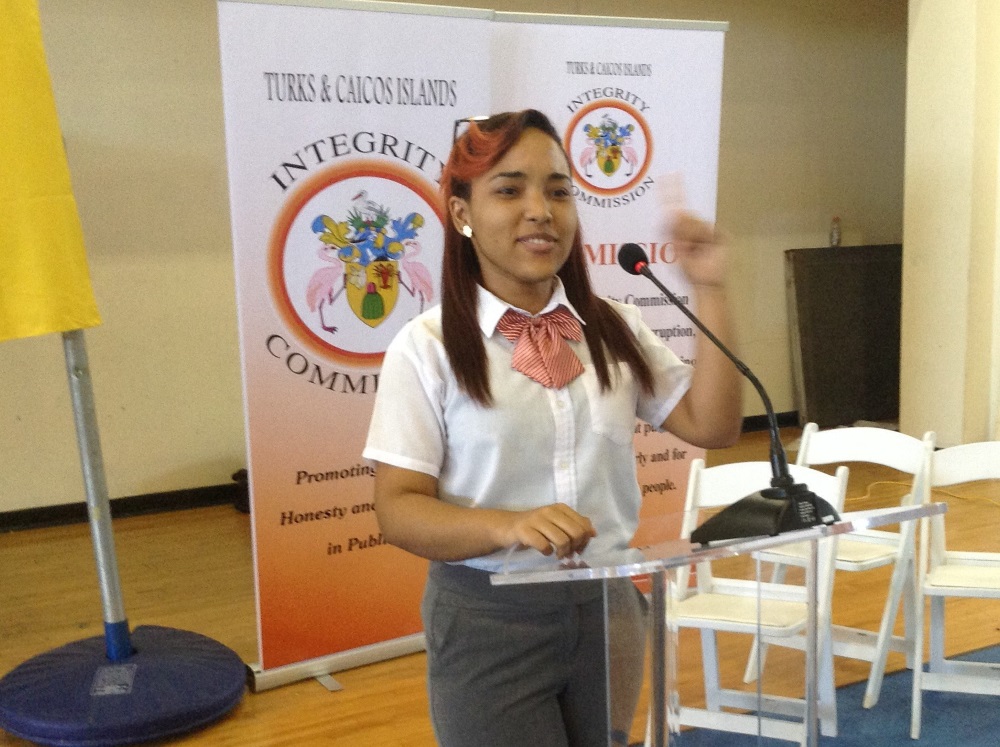 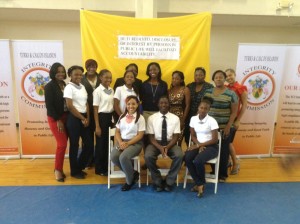 The Debate and Speak Off sessions were conducted over a two day period. Students from the Marjorie Basden High School debated on two moot points: “Be it resolved, nepotism is too costly to the Turks and Caicos Islands” and “Be it resolved, disclosure of interest by persons in public life will facilitate accountability.”

The students from Marjorie Basden High School were declared the winners as the only team participating in the debate.

On day one, students from the TCI Community College were engaged in the first ever “Speak Off” on the moot “Be it resolved conflict of interest should not prevent a member of the House of Assembly from debating and voting.” The students had to prepare to propose and oppose the moot and they randomly selected which position they would argue.

On the second day, the difficulty factor was raised and the students were asked to prepare impromptu speeches on random topics related to integrity. Students from both campuses expounded on the topics provided.

Dismercy said, “It was great being a part of this debate with my fellow students.” She continued with a smile, “It was also nice to win.”

Vice President of the Turks & Caicos Islands Community College said, “Opportunities like this give students the exposure to hone their skills and to participate in the learning experience.” He continued, “Students must also research the topics so they get a broader understanding of the subject matter. It helps students to engage and present well thought out arguments.”

Mr. Richard Been and Ms. Imterniza McCartney thanked the participants and the various schools that came to support the event. It was noted that maybe a Primary School Debate will be considered for next year.

The College was delighted to have taken part in the event.