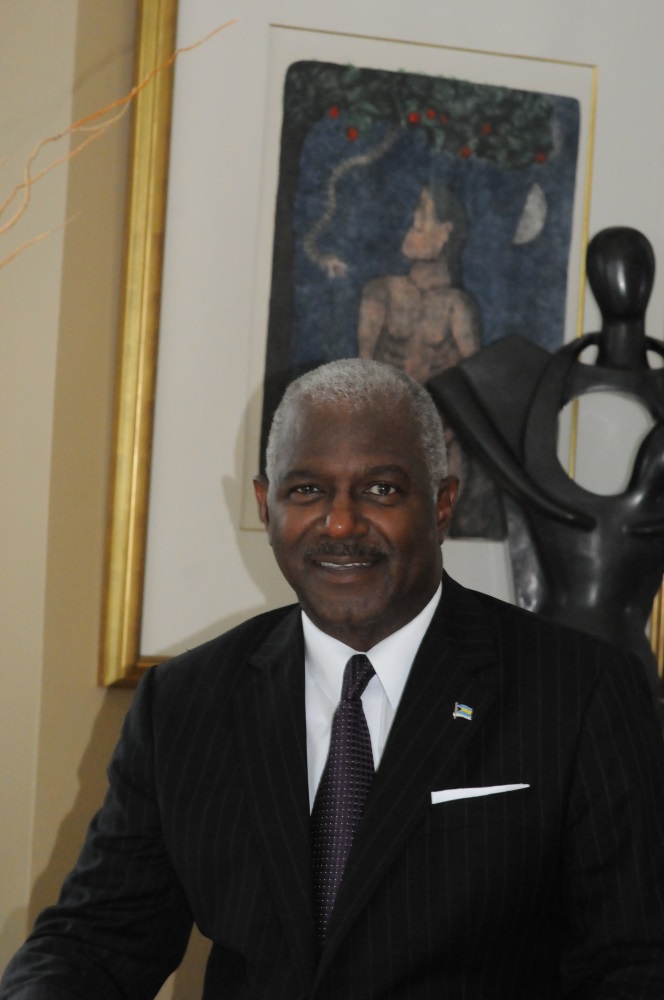 He is the son of Patrick and Jeanie Gomez.

The 57 year old business executive is a 1974 and 1975 graduate of St. Augustine’s College and Queen’s College, respectively, and a 1980 graduate of the University of Nevada, Las Vegas, where he earned a Bachelor of Science Degree in Business Administration with a concentration in Accounting.

He is a member of The Bahamas Institute of Chartered Accountants (“BICA”), an Associate of the Chartered Institute of Arbitrators (ACIArb), London, a Member of the Institute for Professionals in Taxation, United States & Canada and serves on the boards of several privately owned companies and public institutions including the Urban Renewal Foundation.

Mr. Gomez is a devout Anglican, a father of two and the proud grandfather.

Foreign Minister Fred Mitchell welcomed the new Ambassador to the team on behalf of the Ministry.

The new Ambassador will take up the post early next year in Beijing following a ceremony to present his instrument of appointment and his credentials.