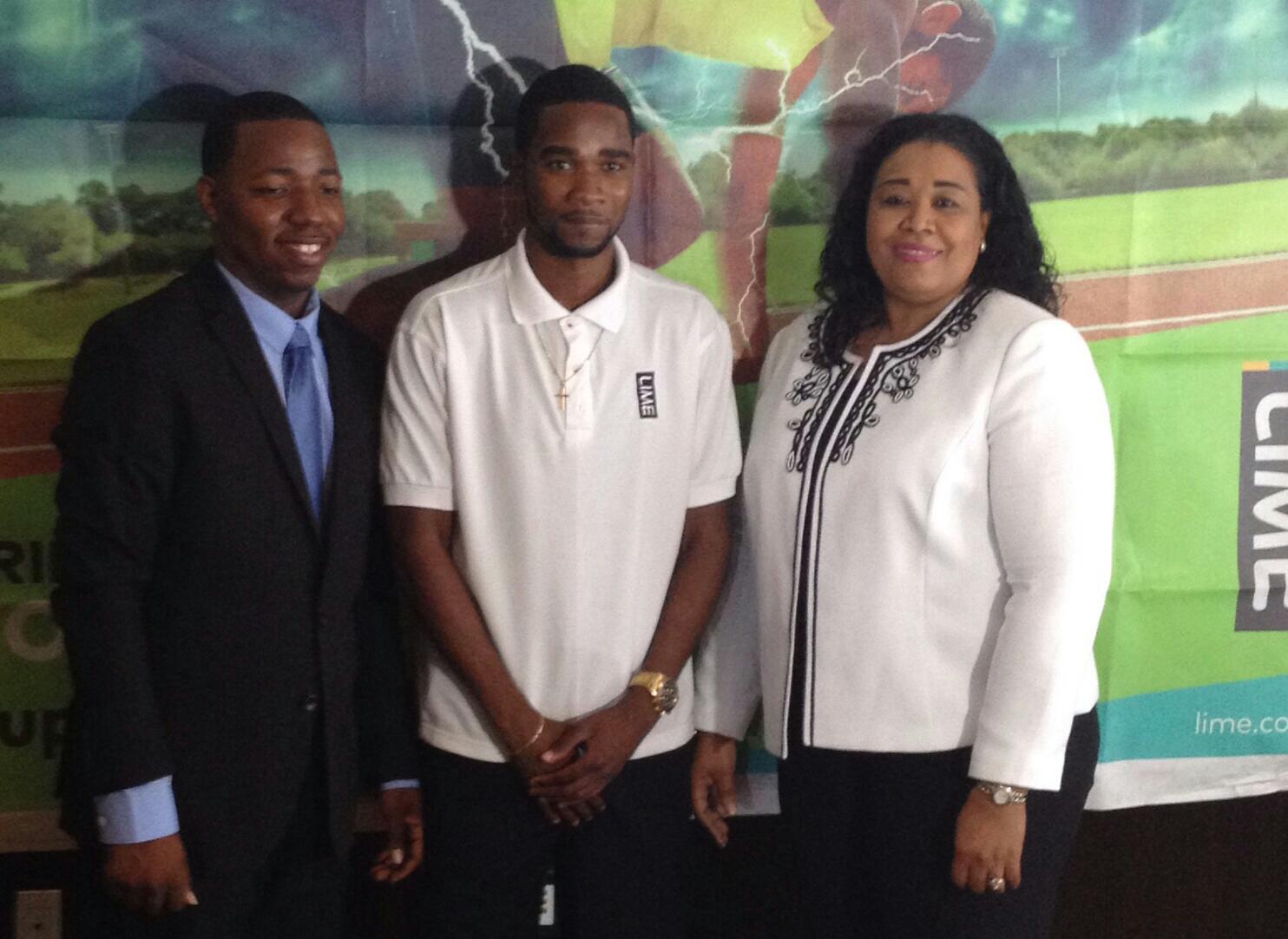 Providenciales, 15 Oct 2015 – When he signed that five figure payout for being the first Olympian brand ambassador for LIME and Cable and Wireless ahead of the Rio Games next Summer, Delano Williams said this.

Delano Williams, TCI born Olympian: “LIME has been there with me from my days at Monro College when I travelled to represent the TCI at the Carifta Games, Junior Commonwealth and the World Junior Champions in Barcelona, Spain. They kept me in contact with my family at home, by giving me a world phone that could be used wherever I went, for that my family and I were very grateful. So you see, LIME has been there from day one.”

Williams has won gold at the 2012 IAAF World Juniors and bronze at the 2015 IAAF World Championships. He now has a $60,000 dollar endorsement deal with LIME.

Delano is already signed to Nike.