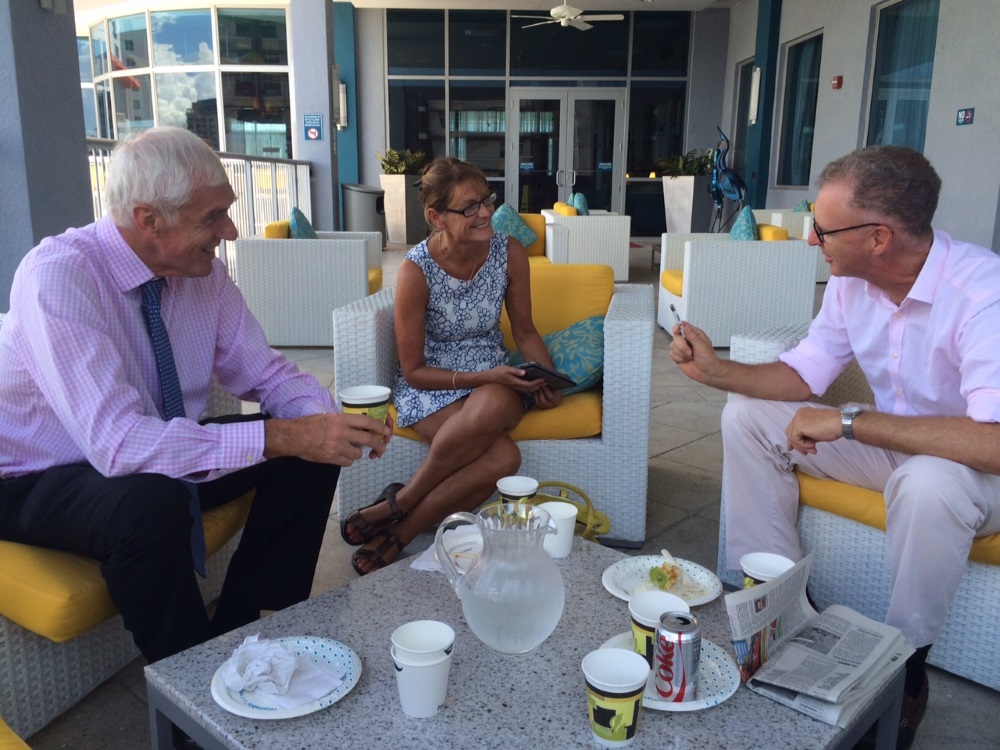 Providenciales, 07 Oct 2015 – British overseas territories in the region are all battling a surge in troubles linked to gun crimes. Caribbean Governors of British OTs held a tête-à-tête this past September in Miami, Florida and His Excellency, Peter Beckingham said it allowed these leaders to compare notes.

Present at the meeting were governors from Anquilla, the British Virgin Islands, Cayman Islands, Montserrat and Bermuda.

Governor Beckingham said: “One of the most significant areas in common is security, where most of my colleagues also share at least some responsibilities for policing and internal protection on their islands. There are common areas of concern but there are, of course, also big differences, with more gang related problems in some Territories than others. Availability of guns is an increasing problem across the Territories.”

To possibly fend off growing instances of crime, the Governors considered establishing some form of national security body within their islands and HE said, “already Premier Rufus Ewing has confirmed his agreement to my proposal to instigate our own National Security Council.”