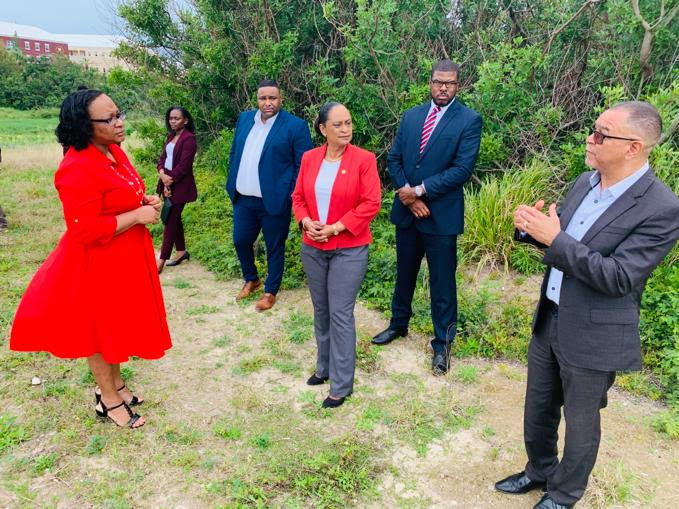 #TurksandCaicosIslands – February 26, 2020 — The Premier Hon. Sharlene Cartwright-Robinson led a TCI Delegation to Bermuda to attend a two-day agenda organized by the Ministry of National Security Bermuda to meet with key stakeholders in the National Security and Education sectors on 19 -22nd February 2020.  Premier and TCI Delegates paid a courtesy call on the Governor of Bermuda, His Excellency John Rankin and the Premier of Bermuda, Honourable David Burt.

Following initial meetings with the Governor and Premier of Bermuda, Premier Robinson and delegates met with the Minister for National Security, Commissioner of Police and various other key stakeholders in the National Security sector, received presentations from Bermudian Police and conducted site visits at various government institutions in Bermuda including:

Among topics discussed during meetings were that of criminal rehabilitation, action against gang-related offences and effective crime reduction and prevention methodology in Small Island Developing States (SIDS).

Commenting on the visit, Premier Robinson stated: “Bermuda is a valued partner of the Turks and Caicos Islands because of our shared relationship with the United Kingdom as British Overseas Territories. They have a wealth of knowledge in dealing specifically with gang-related crimes, crime prevention, reduction and criminal rehabilitation. These methods have been tested and proven successful in Bermuda and can be the same for the Turks and Caicos Islands.

Although the Turks and Caicos Islands still remains one of the safest countries in the region we must continue focused efforts in ensuring citizen safety – a task the Turks and Caicos Islands Government is fervidly committed to; therefore, through this visit to Bermuda, we were able to discuss possible effective approaches to crime reduction and prevention in the TCI and we able to see firsthand the success of these working models.

The team has since returned to the Turks and Caicos Islands.