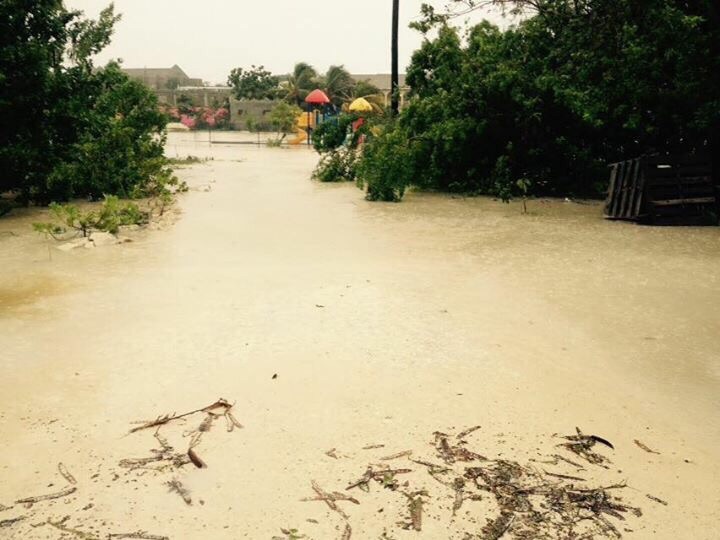 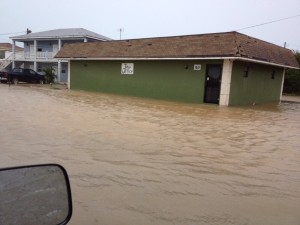 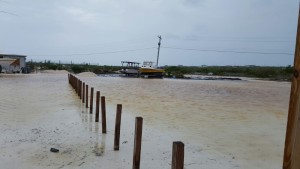 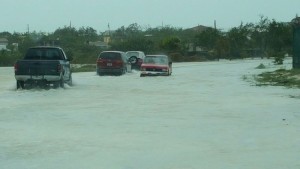 Providenciales, 02 Oct 2015 – The country was not under storm watch or warning, but that did not stop Hurricane Joaquin from bringing the country to a standstill. Airports were closed, airline companies grounded flights, schools and banks were shut down and government required only essential personnel.

In Provo and Grand Turk photos revealed that roadways and businesses were flooded;
traffic at an impasse and power was out in areas like South Dock and Chalk Sound. As
Hurricane Joaquin moves away from TCI and further toward the Central and Northwestern Bahamas, it is a Category three hurricane, with 120 mph winds, expected to dump as much as 30 inches of rain.