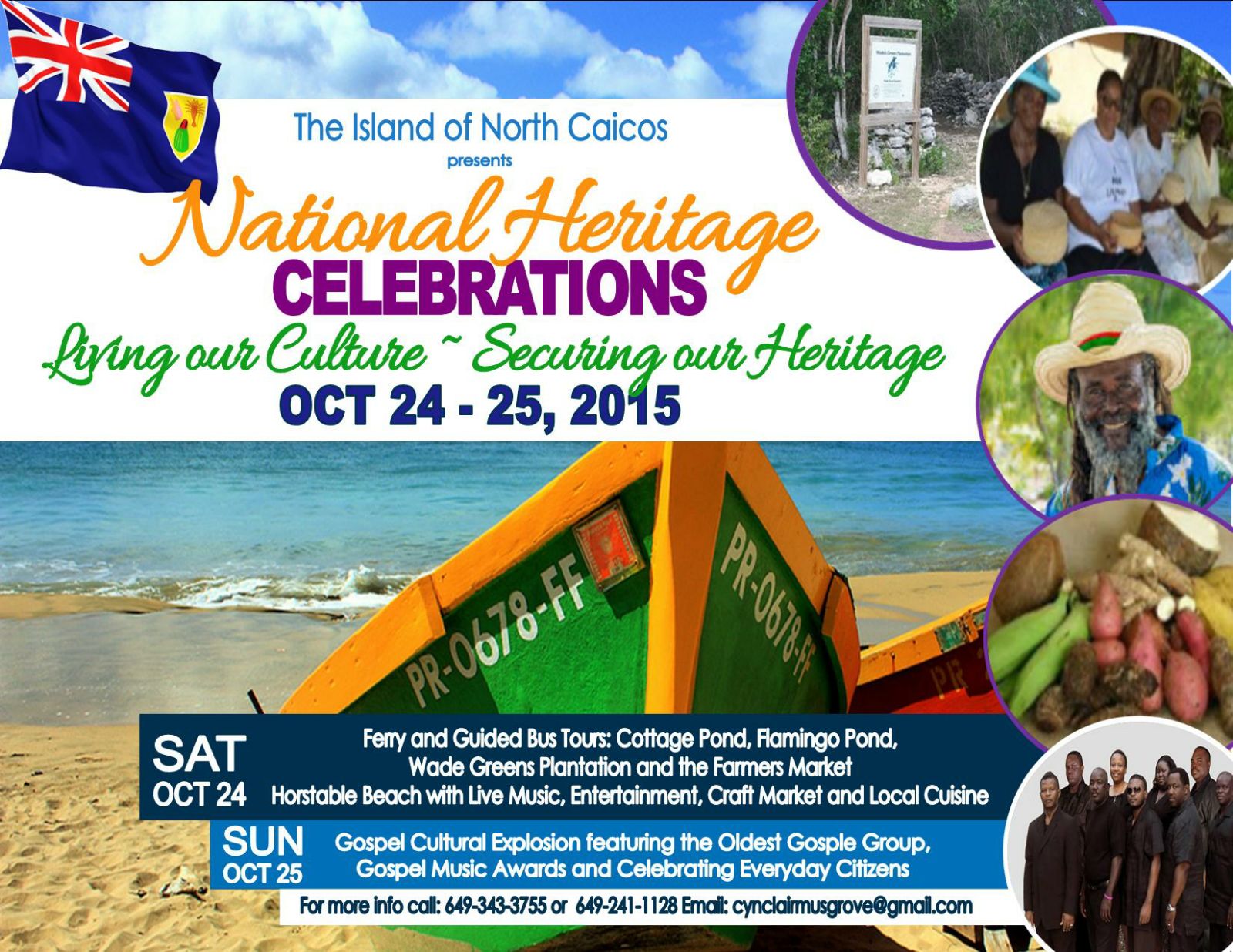 Providenciales, 12 Oct 2015 – Parade Grounds this morning was filled with family and friends and well-wishers as the inaugural ceremony for the Turks and Caicos National Honours and Awards was held.

It was the new element to the month of cultural festivities and was attended by Premier Rufus Ewing and Governor Peter Beckingham. Still to come this month as the country continues to mark the National Heritage Month are: a blast from the past party in Middle Caicos on Bambara Beach on October 17; Gospel Concert featuring the TCI Mass Choir on Sunday October 18; a symposium on the effects of globalization, cultural imperialism and cultural homogenization in Provo on October 19 from 6-9pm; there will be a Farmer’s Market, historical site tours and festival of the arts cultural explosion and a Gospel concert in North Caicos on October 24 and 25; Youth will take on the subject: ‘Living our culture, preserving our heritage’ on October 28 in a panel discussion which is also set for Provo from 10am to noon; October 29 will see a culinary and fine arts exhibition with performing arts concert at the Victoria Public Library in Grand Turk and on October 31, Provo will host the finale event which is a cultural extravaganza.

This is the second year the TCI marks National Heritage Month, which replaces Columbus Day or Discovery Day through an Act of Parliament.