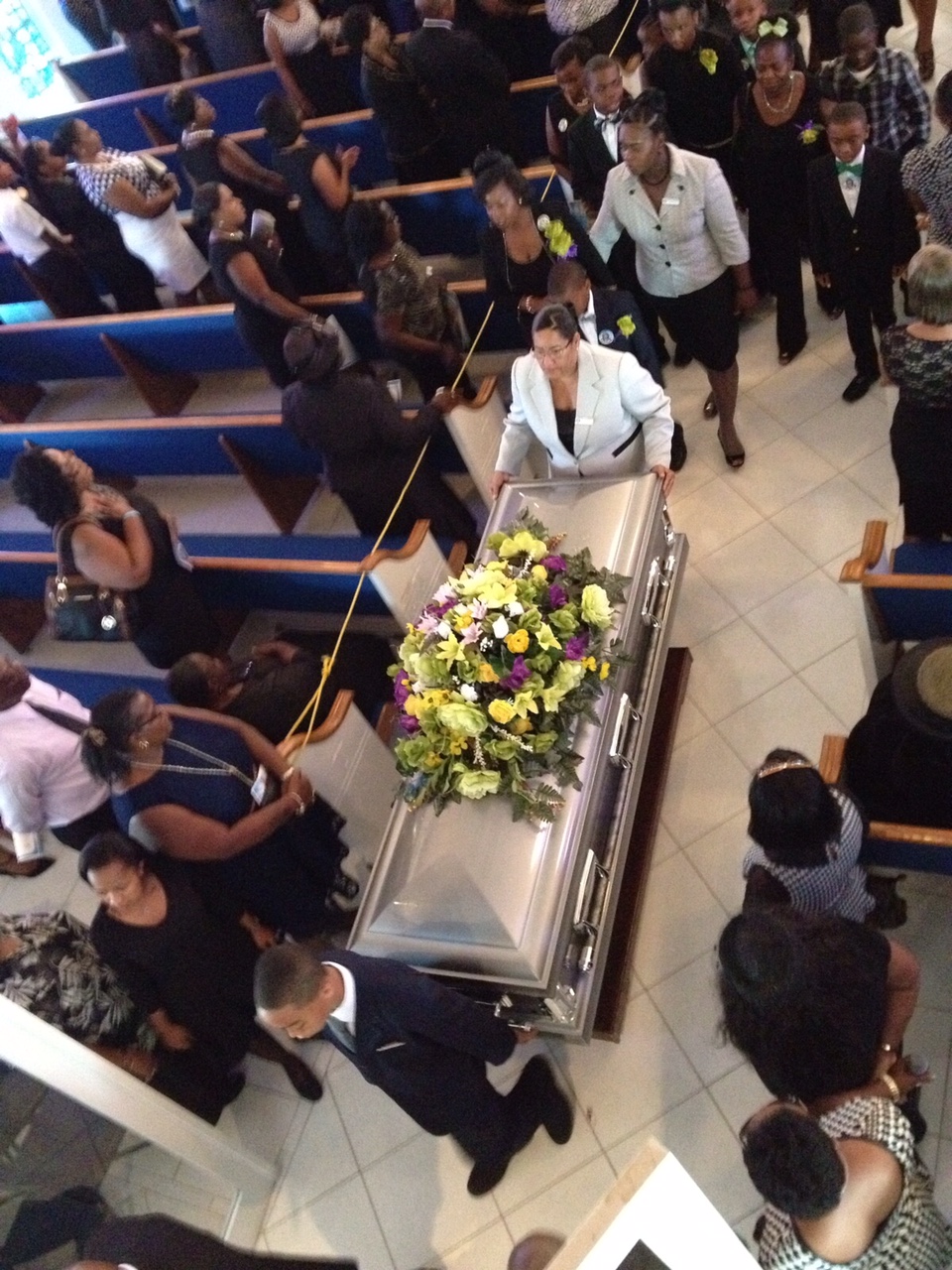 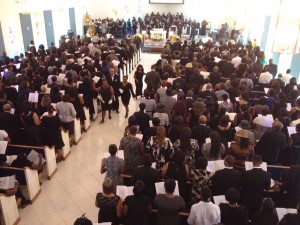 Providenciales, 12 Oct 2015 – It was a somber send off for Rev Dr. Conrad Howell on Saturday with moving tributes and pews filled to capacity at the Paradise Baptist Church where his funeral service was held.

Songs were rendered by The TCI Mass Choir, the Seventh Day Adventist Choir and the Abundant Life Ministries Praise Team.

Among those speaking to Evan Conrad Howell’s time on earth were Rev. Dr. Samuel Williams, Hon. Linda Williams, Hon Sharlene Robinson and Premier Rufus Ewing. Prayers for the family came from Pastor Kenneth Chukwu and Barbara Johnson accompanied by the Clement Howell High School Choir, delivered beautifully on the country’s National Song, which was written 20 years ago by Rev. Howell.

Governor, His Excellency Peter Beckingham also attended the send-off to the man whose death remains an enigma, but whose life clearly touched many and will continue to do so.

Evan Conrad Howell leaves behind his wife Brickell, four children and a host of relatives; he was 52 years old when he died.