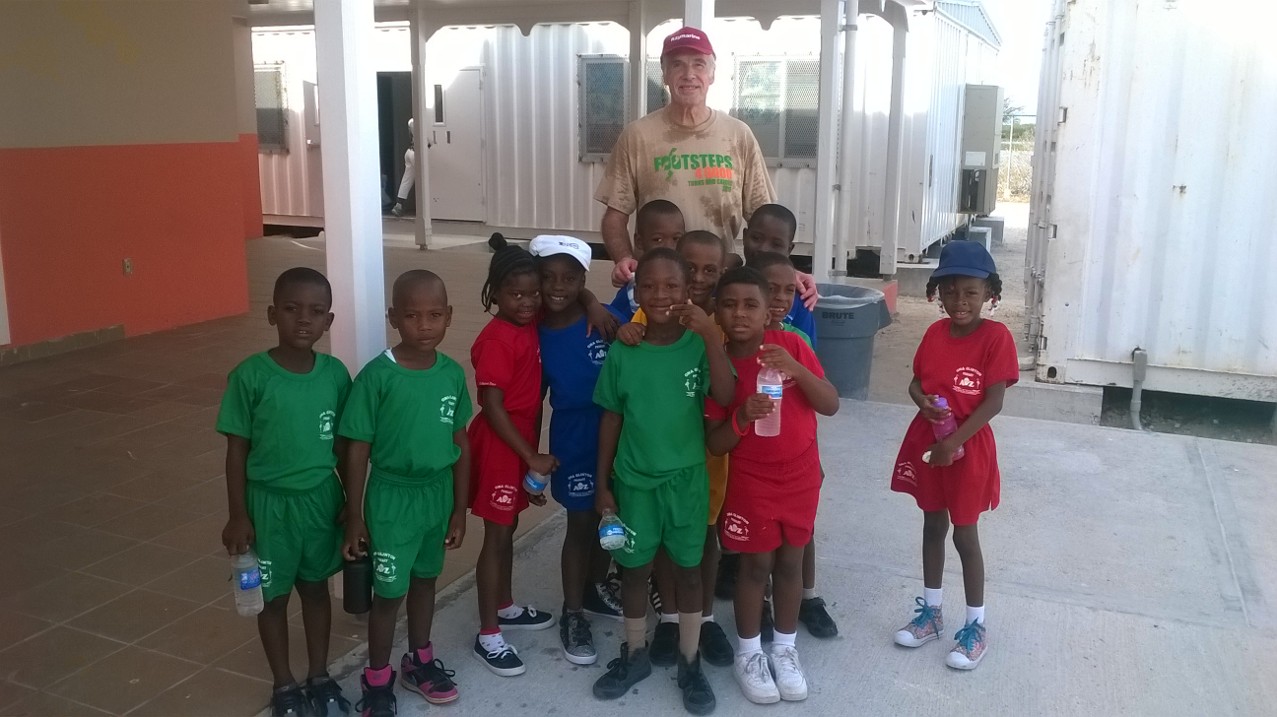 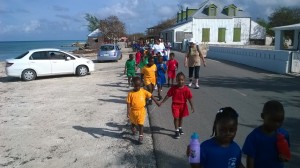 The opener was in the Capital Grand Turk last Friday and joining the effort, naturally, was Governor Peter Beckingham who said: “I cannot remember seeing such an enthusiastic and cheerful group of schoolchildren in Grand Turk! For almost the entire population of children to turn out for this event to raise money for the schools was a remarkable achievement. Grand Turk and its schools, citizens and children should be justifiably proud of themselves. They have set the bar very high for the other islands over the next week.”

The group started at the historic Grand Turk Lighthouse and included students from the Community College, HJ Robinson High, Ona Glinton Primary school, Eliza Simmons Primary and the Methodist school. As the walk progressed, the schools joined in and the momentum and excitement appears to have been growing equally.

The walk this year has been graced with the participation of the European Union Ambassador, Mrs Paola Amadei, and her husband and son, who travelled especially from Jamaica to take part.
So far Footsteps has walked through Grand Turk, Salt Cay and was today due to be in South Caicos. On Tuesday the founder will take her trek to Middle and North Caicos before landing in Providenciales by the weekend.