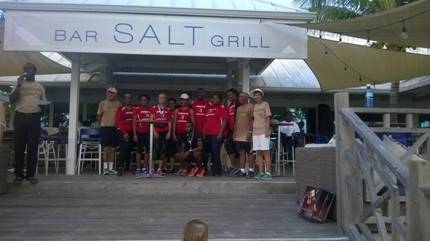 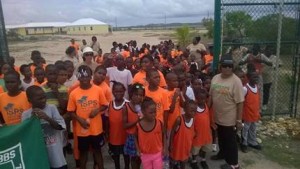 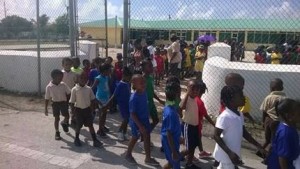 Providenciales, 28 Oct 2015 – There are lots of big and wonderful numbers for Jill Beckingham as she reports on the second year of Footsteps4Good in the Turks and Caicos.

The Governor’s wife trekked 60 miles accompanied by over 1,000 school children with in nine days on six islands with the support of hundreds of islanders to raise over $40,000 for 13 charities. Add to the targets hit by this annual event, there was some star studded glory on that final leg including the Provo Road Runners and IAAF medalist and Olympic hopeful, Delano Williams.

Mrs. Beckingham said: “Footsteps4Good is not only about raising money but also about encouraging people to get out and exercise. I am thrilled that so many more people took part this year- we have set a high bar for next year!”