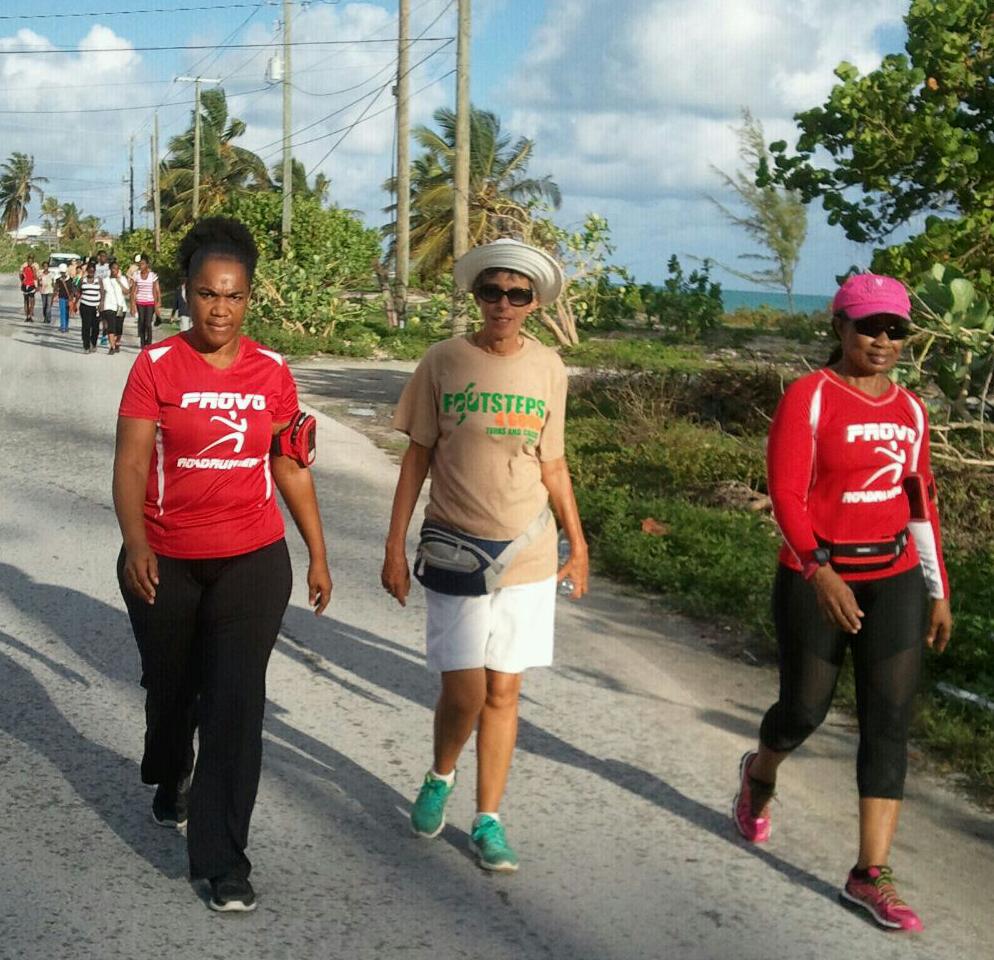 Providenciales, TCI, September 16, 2016 – The Governor’s wife, Jill Beckingham, is going to do her charity walk, Footsteps4Good, for the third time across the 6 family islands of TCI. The 100km walk will start on 23 September, walking with the children of Grand Turk. On 24 September there will be a walk or run from the Grand Turk Gazebo to the Cruise Centre.  She will then go to Salt Cay (25th), South Caicos (26th),  Middle (27th) and North Caicos (28th)  before ending up in Provo for the last three days, 29 and 30 September and 1 October. She will walk from one end of Provo (Amanyara) and finish with a 10 km run or walk from IGA to Blue Haven. On 30 September, which is also Youth Day, she will be walking with the students of Provo.

Registration in Grand Turk is at the Governor’s Office from 19-23 September and in Provo on 17 and 23 September at IGA Gourmet, Smart and Quality. Registration is also available on the day. On the other islands the District Commissioners will be registering people to take part. Each participant donates to their favourite charitable organization or school for a fee of $20 which includes a T-shirt.  Tropical Shipping are the generous donors of the T-shirts again this year so all of the $20 can go directly to the charity.

“This will be my last Footsteps4Good in TCI” said Jill Beckingham, “so I hope that many people will come and join me this year so that we can raise as much money as possible to help local organisations and schools.  I am delighted that the concept will not die as Waterloo Holdings are going to take the baton forward. I hope that in the future I will be able to come back and once again walk across these islands which have been a wonderful home over the past three years” said Jill.