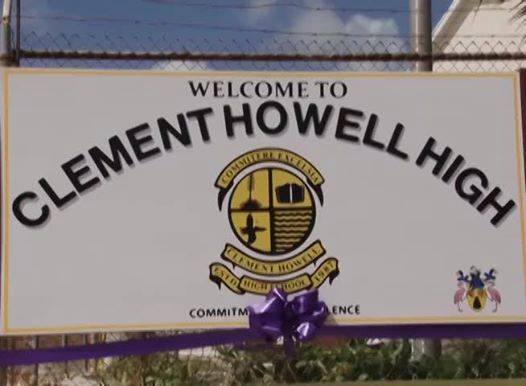 Providenciales, 10 Sept 2015 – Long Bay High and Clement Howell High had full school on Wednesday September 9th amidst rumors that students were being sent home due to limited space in the school.

In response to questioning, principal of CHHS, Kadean Cunningham clarified saying that “it was simply a phased exercise where different forms were brought in each day.”

180 Long Bay High first form students started the 2015/2016 academic school year at Clement Howell High, in their Long Bay High school uniforms. The youngsters are integrated with CHHS until phase one construction at the new public institution is completed.