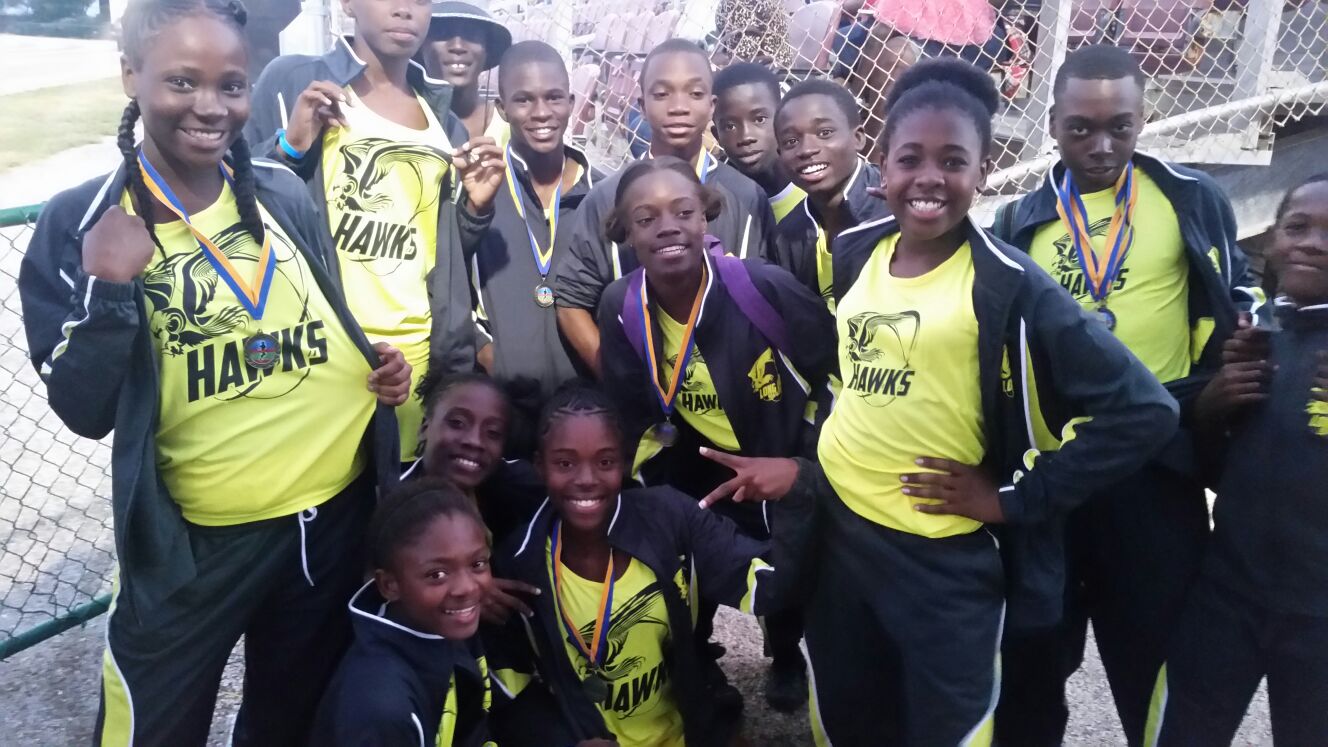 Providenciales, 09 Mar 2016 – The Eagles of Clement Howell High School reign as the champions of the Inter High School track & field meet for a second year; it culminated last night at the National Stadium with the 4x400m Open, which ended in a blaze of glory.

The Eagles took both the boys and girls first place spot in that event and completed the three day meet with 875.50 points, outperforming their nearest contender by 301.67 points. Second in the meet was the Spartans of British West Indies Collegiate, with a spectacular show and 573.83 points.

The Green Machine of North Caicos, Raymond Gardiner High earned 492.33 points in a third place effort and the shockers of the meet, the Hawks of Long Bay High School who had its first formers’ compete in all classes of the meet, that means those seventh graders ran against the bigger students and got 327 points.

Marjorie Basden High of South Caicos got 258.33 points… sixth was Maranatha Academy with 150 points, edging out TCIPS by one, 149 and 7th in the meet… 8th place is TCI Middle School, with 41 points… 25 points was for Wesley Methodist High school in 9th and Alpha Christian Academy finished 10th with three points.

While no new records were set, and there was the noticeable absence of 2014 Champs, HJ Robinson High out of Grand Turk the contest was called well organized by the Principals Association by Dwayne Taylor, who along with Godfrey Been MC’d the high school meet.

Competitors in the Inter High school championships are also aiming to qualify for the CARIFTA Games which this year will be held in Grenada.

The Primary School championships are next week Monday and Tuesday, also at the National Stadium.