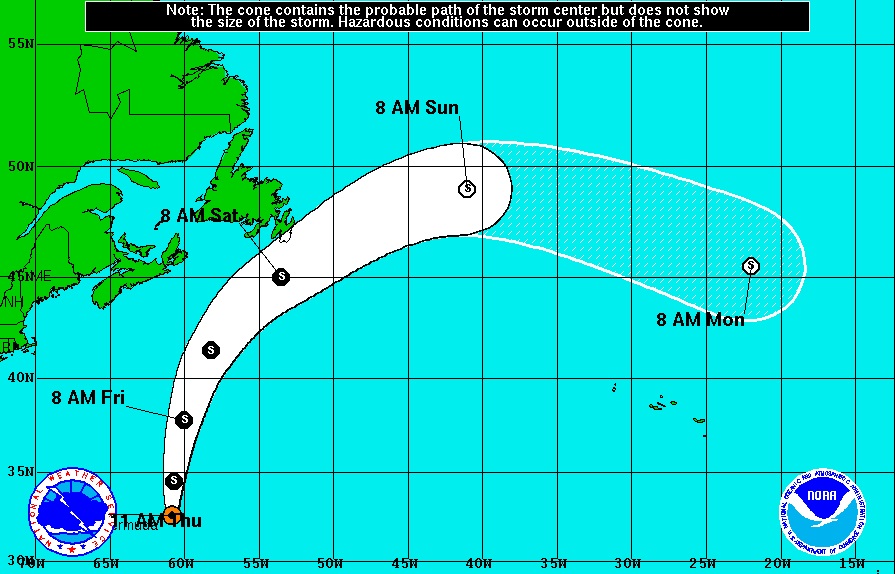 Providenciales, 10 Sept 2015 – The 8th named storm has been formed…Henri currently poses no threat to TCI. Moving slowly northward with no change in strength.

This general motion is expected to continue with an increase in forward speed through tonight. A Faster north-northeast motion is predicted on Friday. On the forecast track, the center of Henri will pass well east of Bermuda later today.

Maximum sustained winds are near 40mph with higher gusts. Some strengthening is forecast during the next day or so.